H. E. FRANCIS
Commentary © James A. Harrod, Copyright Protected, All Rights Reserved
The eighth and last installment of short stories published in Sindbad Vail’s POINTS SHORT STORY ANTHOLOGY has been added to the primary entry for the anthology, the fourth entry for July 2012 in the blog archive.  H. E. Francis’ THE FROG LADY was originally published in POINTS 19, Spring 1954.  Francis has led a very active life in the literary world as evidenced in the following biographical entry authored by Carole Ottaway Beasley, East Mississippi Community College.
http://www.encyclopediaofalabama.org/face/Article.jsp?id=h-2468 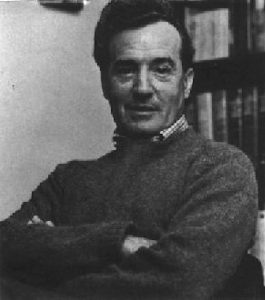 H. E. Francis (1924- ) is an author, teacher, translator, and traveler whose works transcend the traditional southern writer’s milieu. Despite spending the majority of his life in Alabama, Francis’s fiction is set in many different locations and features characters of different nationalities. Although he writes mainly prose, some have characterized his writing style as poetic. His upbringing as the son of a fundamentalist Baptist minister in New England also influences his work, which nevertheless creates familiar characters with universal appeal, with whom readers can empathize.
Herbert Edward Francis Jr. was born on January 11, 1924, in Bristol, Rhode Island, a cotton and mill town steeped in the mixed cultures of a New England port city. His parents were Herbert Edward Francis, a Baptist minister, and Evelyn Verity Francis. He has one younger brother, Raymond Franklin Francis. He names his grandfather as the greatest mentor of his life and credits his grandfather with awakening within him an awareness of tragedy and suffering. A reoccurring character in his fiction, Tom Verity, is based on his maternal grandfather who was a strong person despite a debilitating physical injury.
After graduating from Colt Memorial High School as valedictorian, Francis worked in the accounting department of a factory that produced zippers. During World War II, he served in the U.S. Army Air Corps as a staff sergeant and was stationed in England, France, and Italy, which inspired his later passion for travel. After the war, he attended the University of Wisconsin on the GI Bill, graduating in two years with a B.A. in English and Spanish in 1948. While at Wisconsin, he became enamored of the Spanish language and Spanish literature while studying under Antonio Sanchez-Barbudo and the Nobel candidate Arturo Barea. Two years later, he graduated from Brown University with a master’s degree in. He was awarded a Fulbright scholarship and attended Oxford University in England in 1953 and 1954.
In 1950, he became a faculty member in the English Department at Pennsylvania State University. While there, he published his first two short stories, “The Broken Bottle” (1951) and “Journey to Emily” (1952) in The Prairie Schooner. In 1954, he moved to the University of Tennessee in Chattanooga, where he published two more short stories: “The Rock Garden” in Folio (1953) and “The Darkness Is So Big” (1954) in The Prairie Schooner. These works established him as a writer of short fiction.
From 1956 to 1958, Francis taught at De Kalb State University in De Kalb, Illinois, and then was on the English faculty at Emory University in Atlanta, Georgia, from 1958 to 1966. He was awarded two additional Fulbright awards in 1964 and 1966 to the National University in Mendoza, Argentina, and the first collections of his short stories were published in that country. These well-received volumes include Five Miles to December; As Fish, As Birds, As Grass; and All the People I Never Had. Also in 1966, his short story “One of the Boys” was published in the Southwest Review and won the John H. McGinnis Annual Memorial Award. Francis’s ties to the Spanish language and Spanish literature were further strengthened during his time in Argentina, where he found a community of kindred spirits, bought a house, and adopted a son.
In the fall of 1966, Francis accepted a faculty and writer-in-residence position in the English Department at the University of Alabama in Huntsville (UAH). He continued his association with Argentina with the award of a professional exchange from 1966 through 1967. During this time, he wrote many short stories that were published in various periodicals, reviewed various works, and founded the magazine Poem,  for which he served as editor or coeditor until 1973.
Francis’s years at UAH were productive ones, and he further established himself as a short story writer. In addition to his teaching and writing, Francis also translated works by Argentine writers Antonio Di Benedetto, Daniel Moyano, Juan Jose Hernandez, Juan Carlos Onetti, and Norberto Luis Romero. Francis’s short stories, novels, and translations have been widely published in both English and Spanish and have been well received in this country as well as in Argentina and Spain.
Francis retired from UAH in 1988, and the university recognized his many achievements by awarding him an honorary doctorate of human letters and also by establishing (with the Ruth Hindman Foundation) an annual short story competition in his honor.
H. E. Francis divides his time between Huntsville and Madrid, Spain, where many of his friends from Argentina settled after they were exiled during the military takeover by General Jorge Videla’s army in 1976. Francis’s Argentinean editor was murdered during this military coup. He also makes regular trips to Argentina to visit grandchildren and great grandchildren.
The themes found in the works of H. E. Francis include isolation, obsession, and human dignity. Many of his characters recognize their isolation and reach out to other characters. Through this gesture his characters recognize a self truth which the reader shares. Francis credits living in the South as an outsider with contributing to his understanding of isolation and place. Ultimately he explores the human heart and the dignity that can be acquired through pain and sorrow.