POINTS 16 did not list a season of publication but since issue 15 appeared in autumn of 1952 we can assume that POINTS 16 happened along in the winter or spring of 1953.  Sindbad Vail upgraded the paper stock for this issue and the relatively acid free pages have stood up quite well over the sixty years since it was published.  All previous issues had used the cheapest pulp stock available and the newsprint like pages have rendered most early issues as fragile survivors requiring careful handling.
The cover of POINTS 16 was in tones of light grey / blue and the higher quality page stock made the volume seem slimmer than previous issues even though the page count was the same as POINTS 15 and 14 at 64 pages.  Sindbad Vail might have been influenced by MERLIN, the newest journal published in Paris that used a high quality page stock for their initial issues. 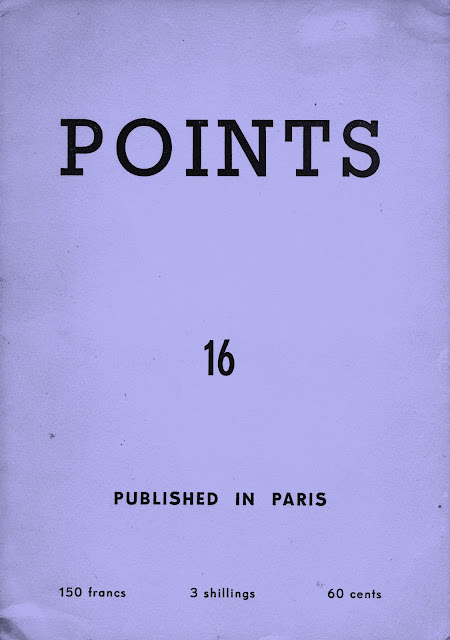 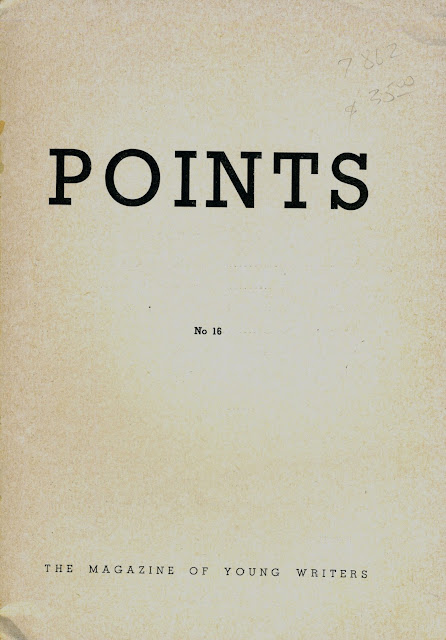 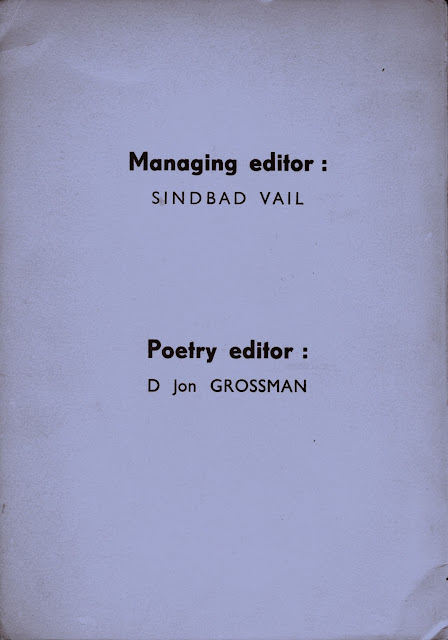 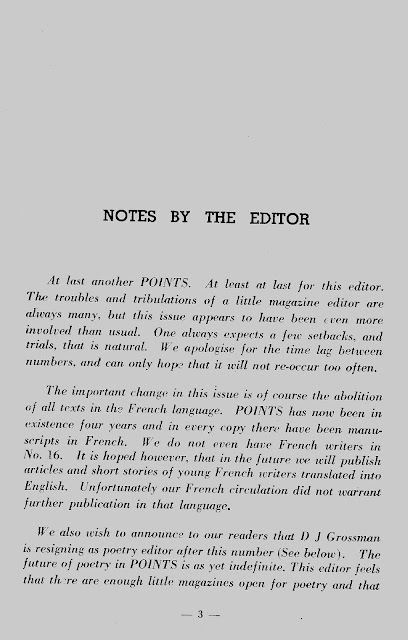 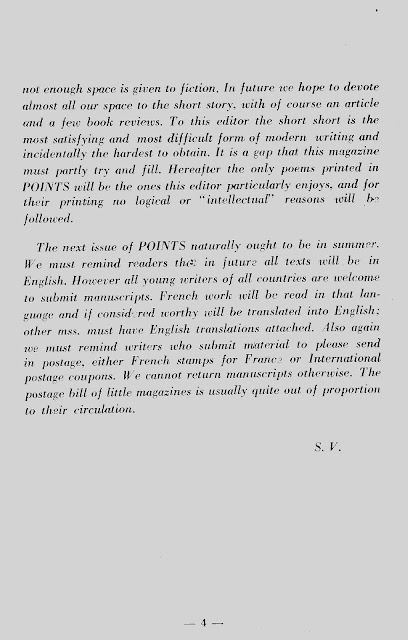 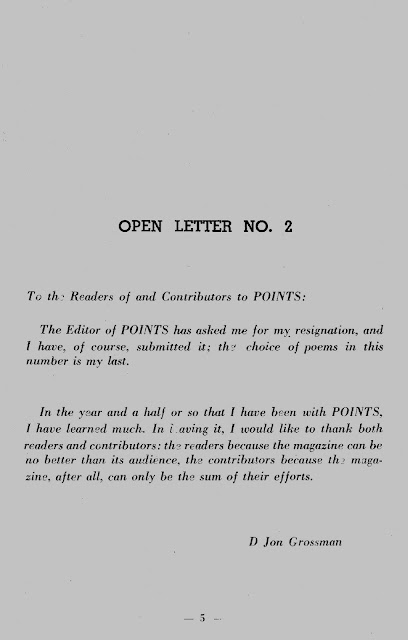 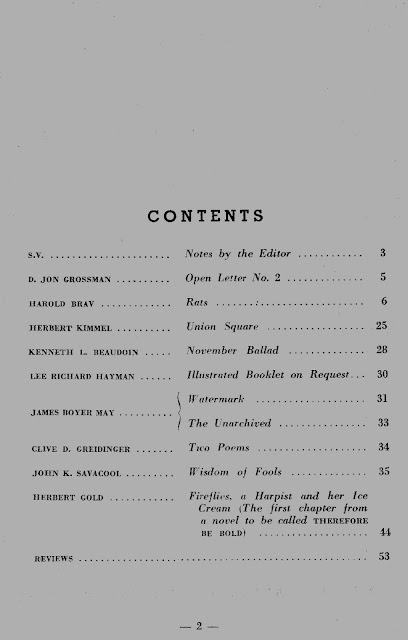 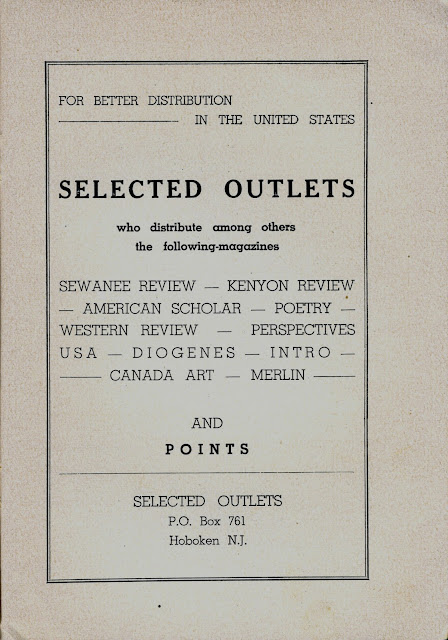 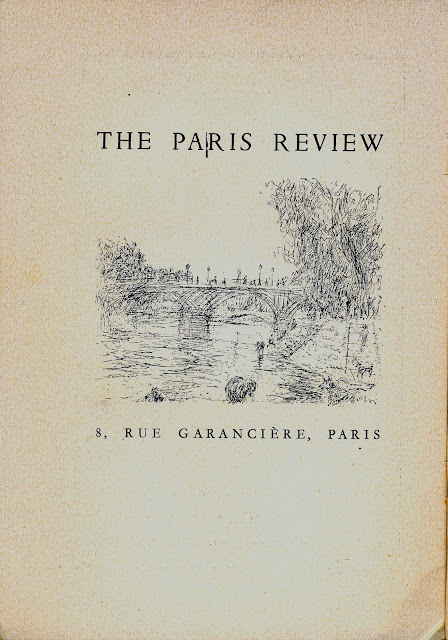 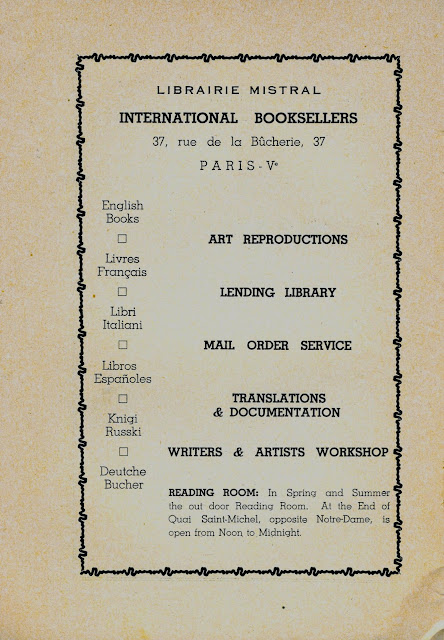 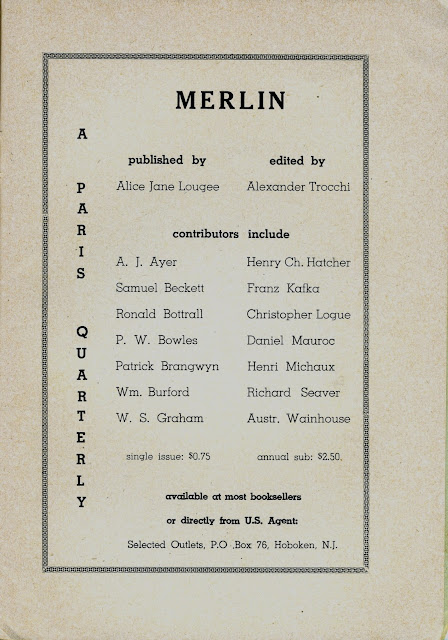 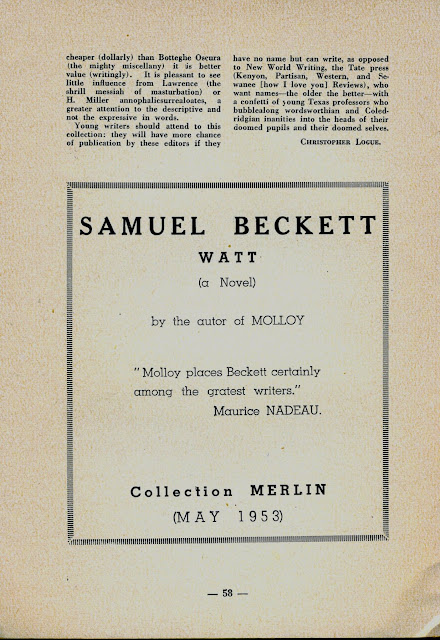 © The Estate of Herbert Kimmel 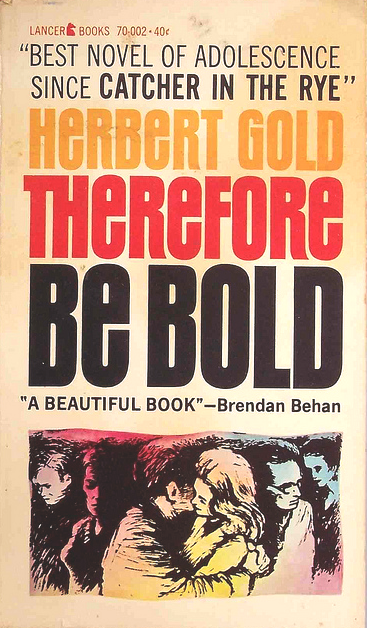 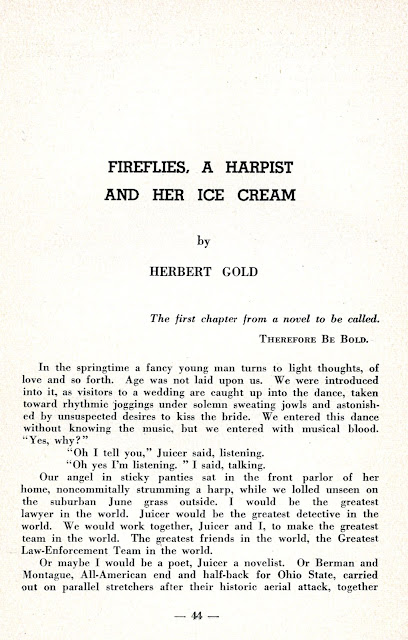 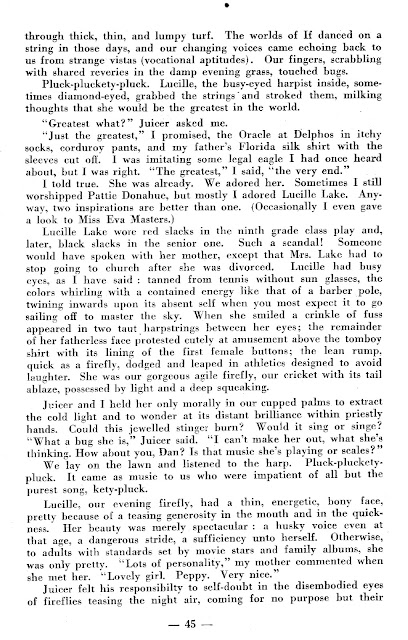 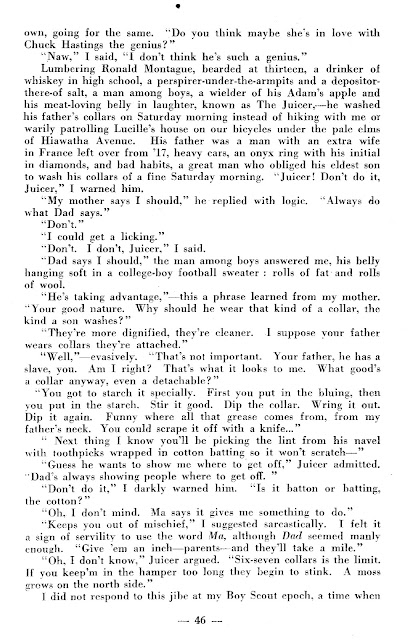 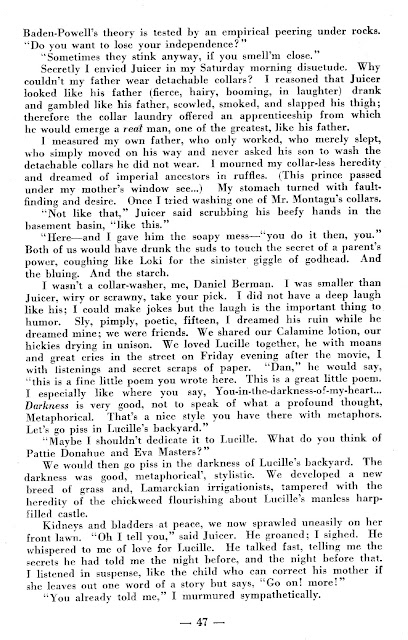 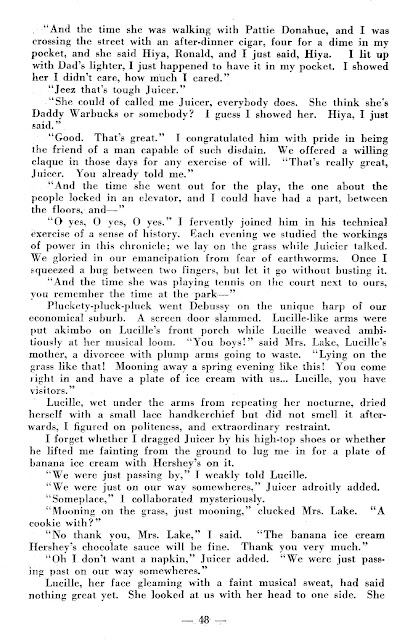 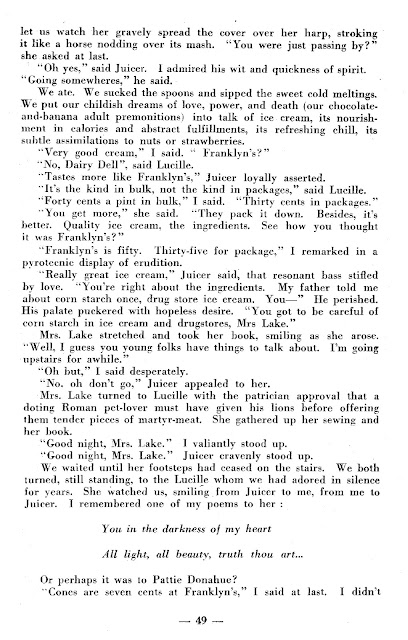 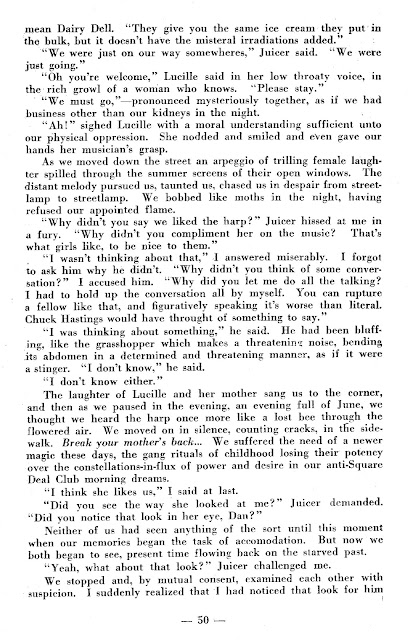 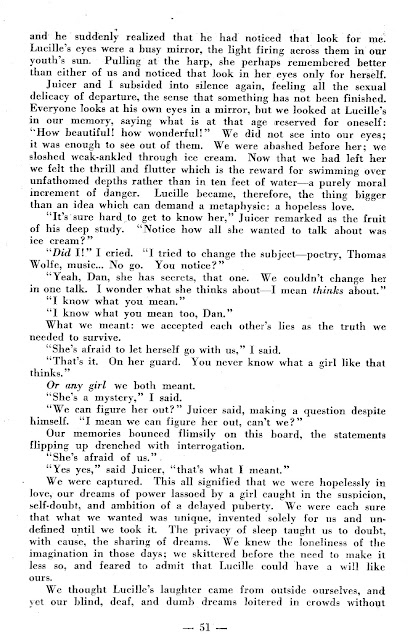 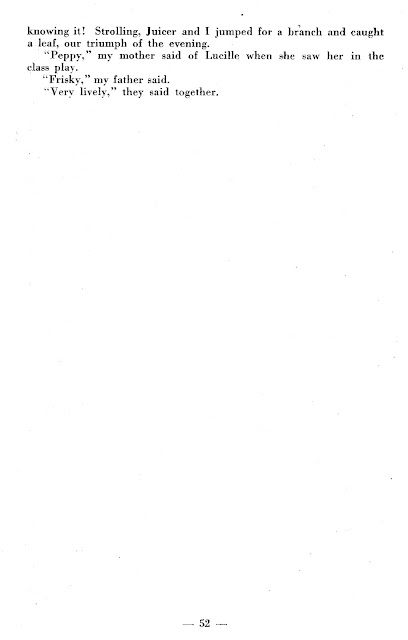