POINTS 15 appeared in autumn of 1952.  In a departure from the familiar yellow covers, this issue was in black with yellow titles, perhaps not a coincidence as the newest small journal to appear on the Paris literary scene, MERLIN, had black covers with white titles. 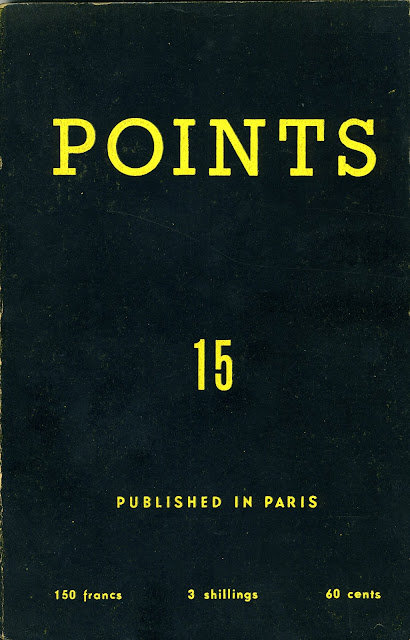 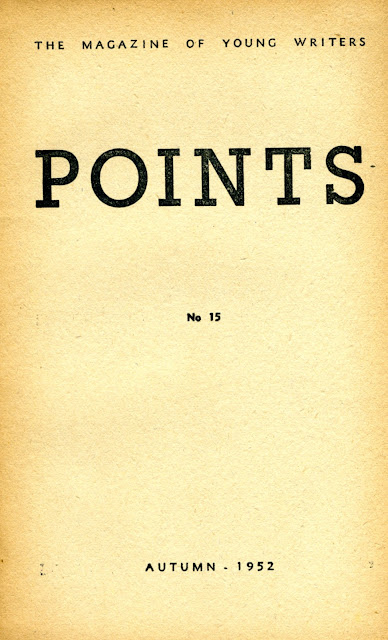 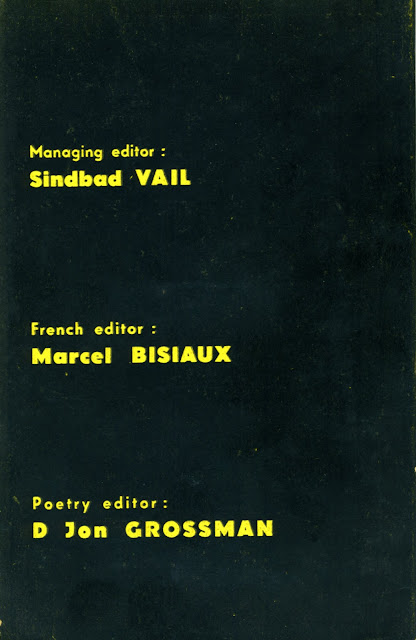 NOTES BY THE EDITOR
This issue of POINTS is out later than we expected. We apologise to our readers for this delay. As most people know, the path of a little magazine is not always smooth.
The sad lack of good short stories is most disappointing. There seems to be no shortage of writers, though, who are eager to review books, write essays and generally criticise writers and their works. This appears to be a lean period for young writers to create. Perhaps the appearance of two new magazines in Paris, MERLIN (already two issues) and PARIS REVIEW (to appear shortly) has something to do with our problem.  Nevertheless the editors of this magazine wish our new “rivals” all good fortune and success.
In spite of an increase in our sales, especially in England and the U.S.A., another disturbing factor is the lack of constructive critical letters written to us by our readers. We are not printing in this issue any “Letters to the Editor”, as the only ones we have
received are of the gushing type by would-be writers. In every issue this editor has encouraged readers to write in their opinions, which if of general interest, for or against the magazine, would be printed. Hope dies slowly, so we go on encouraging.
This issue has two articles which we think are unusually interesting and some “letters“ from Dublin, written to us by Brendan Behan. These letters were at first not meant for publication, but after receiving several we asked the writer’s permission to edit them and print them as a sort of an article. Some of the spicier words and bits had to be cut out, as we do not wish to be barred from any postal services.  We also wish to remind our readers, that the opinionsexpressed in any articles published in this magazine are not necessarily those of this editor.
SINDBAD VAIL 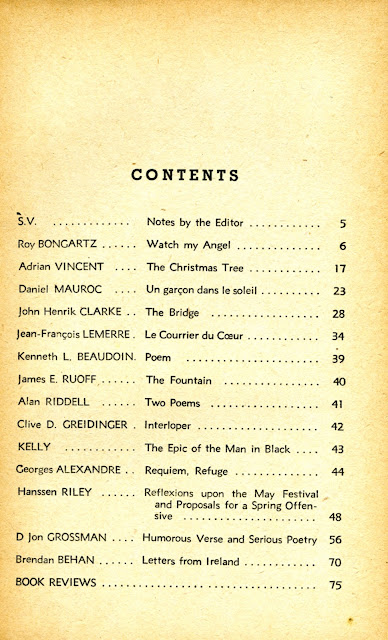 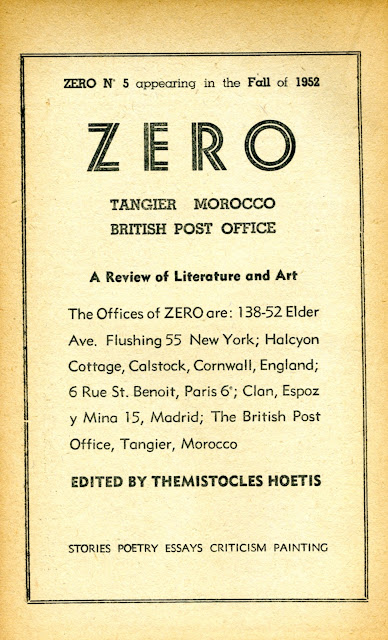 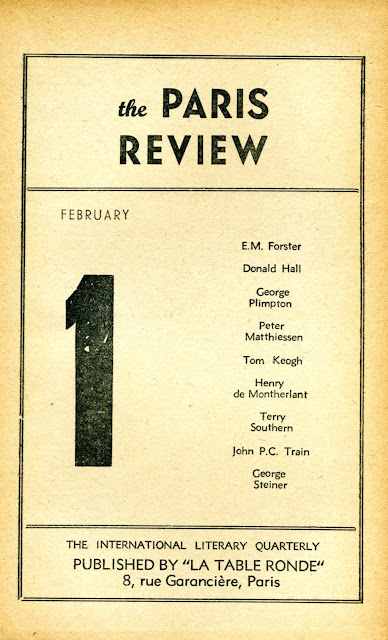 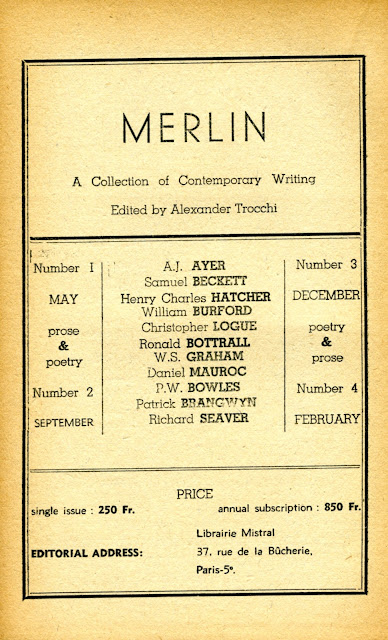 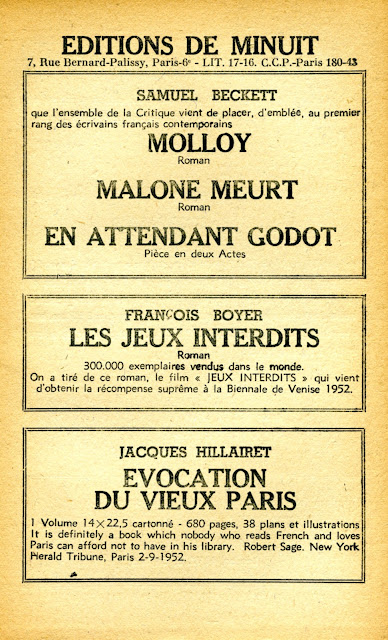 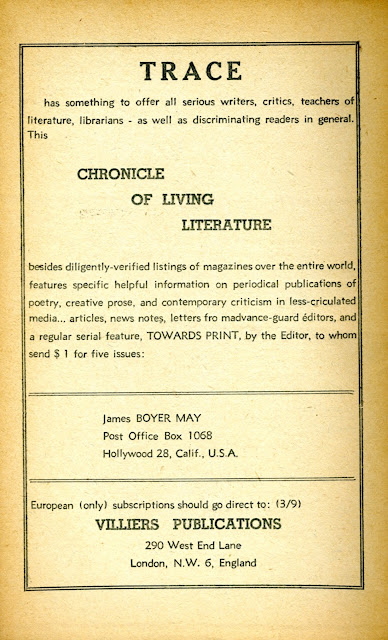