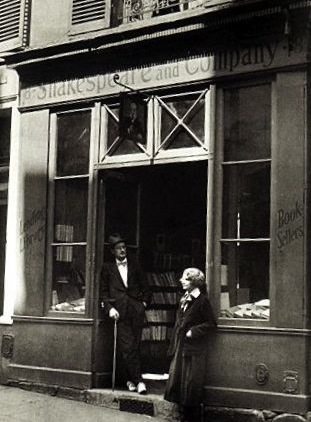 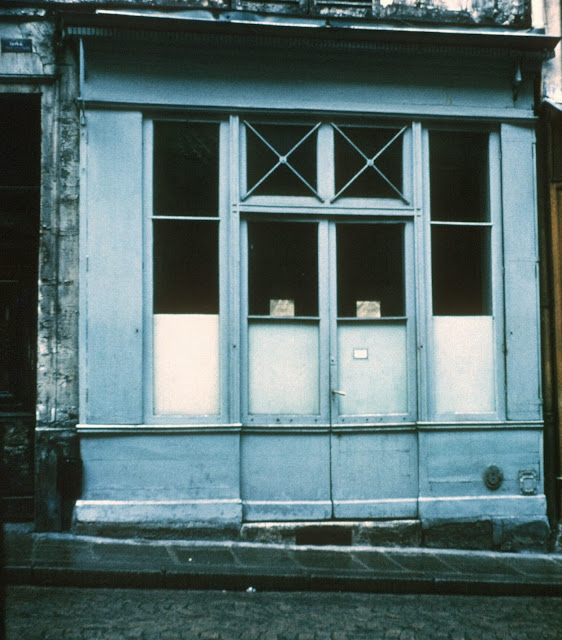 SHAKESPEARE & COMPANY, like the mythical bird Phoenix, was reborn in Paris in the 1950s.  The following obituaries fill in some of the details: 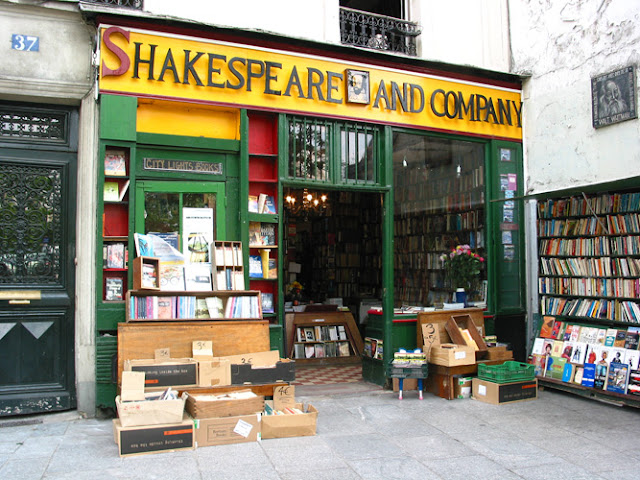 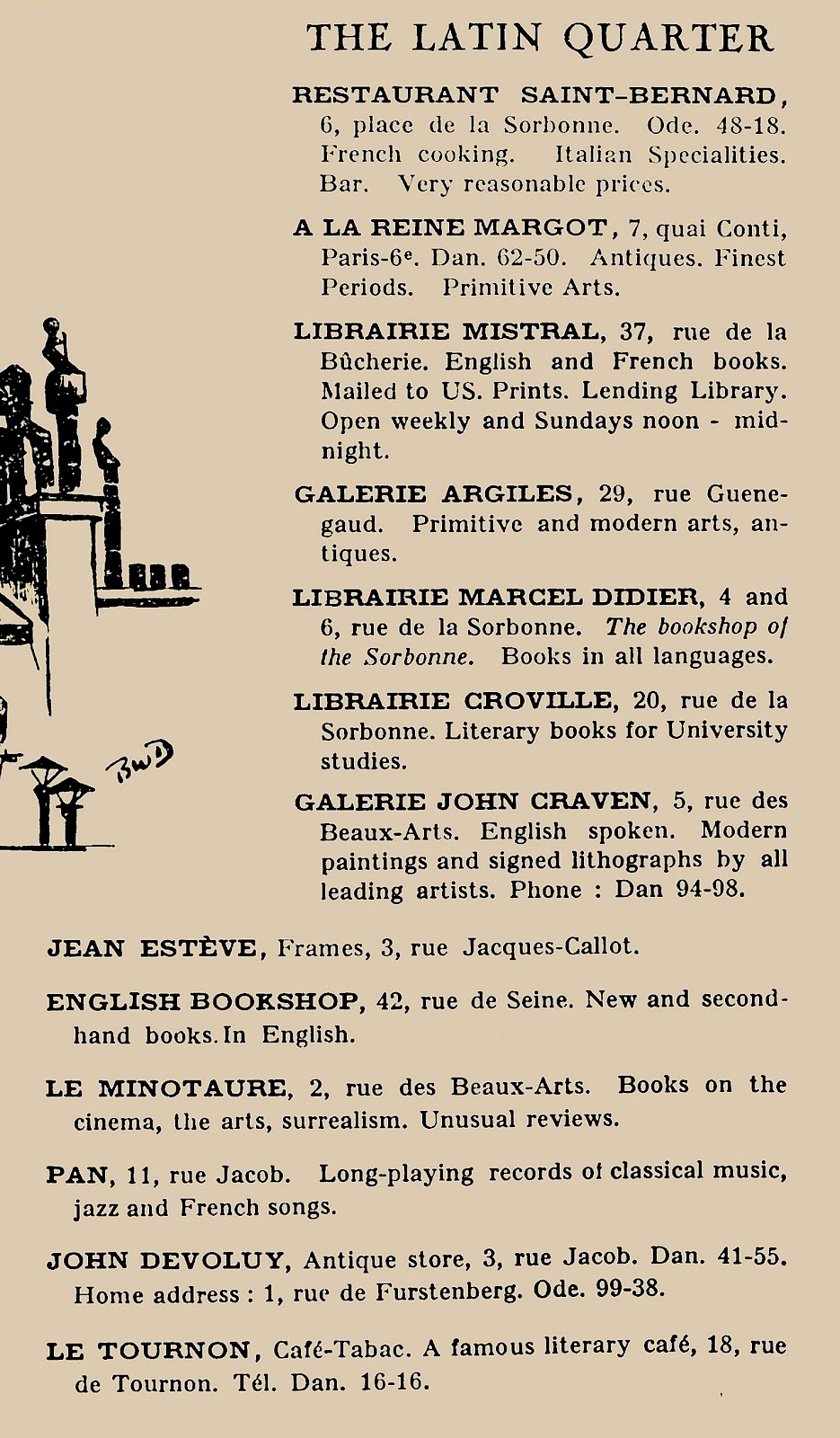 LIBRAIRIE MISTRAL at 37, rue de la Bûcherie and ENGLISH BOOKSHOP at 42, rue de Seine were known to be reliable sources for the current issue of POINTS and other small literary journals.

LE TOURNON  at 18, rue de Tournon was a popular watering hole for artists and writers.  The photo below catches a gathering of friends who were active in the small journal community in the early 1950s. 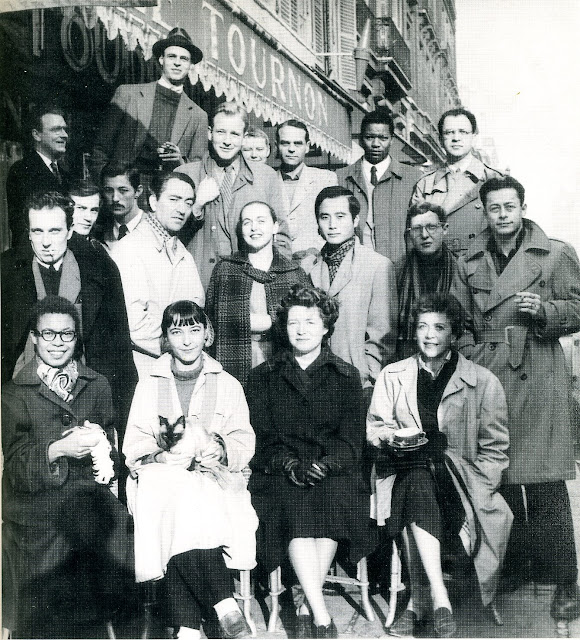 Writers and editors from the Paris Review and Merlin, outside the Cafe de Tournon, 1953.
Front row, from left: Wilma Howard, Jane Lougee, Muffie Wainhouse, Jean Garrigue.
Second Row: Christopher Logue, Niccolo Tucci (in the white raincoat), unknown woman, Peter Huyn, Alfred Chester, Austryn Wainhouse.
Third Row; Richard Seaver (over Logue’s shoulder), Evan S. Connell, Michel van der Plats, James Broughton, William Gardner Smith, Harold Witt.
Back row: Eugene Walter, George Plimpton (in hat), William Pene du Bois.
(Photo © Otto van Noppen)
Sindbad Vail would note in his editor’s introduction to POINTS 15 that MERLIN had emerged on the literary scene (two issues) and that THE PARIS REVIEW was to be launched shortly.  The back pages of POINTS 15 would carry ads for both journals.
Austryn Wainhouse had pieces published in POINTS 11/12 and would also have a short story published in POINTS 18. Christopher Logue would have works published in POINTS 17 and 19. William Pene du Bois’ wife, Jane, was a regular contributor to the book review section of POINTS. Richard Seaver was an early champion of Samuel Beckett and would also have his critique of Ernest Hemingway published in POINTS !8.  Later in his career he would become an editor at Grove Press in New York where he published many of the authors he cultivated in Paris during the 1950s including Samuel Beckett, Jean Genet and Eugene Ionesco.  The one person missing from the above photo is Alexander Trocchi who was the co-editor of MERLIN who would also have his short stories published in POINTS 17 and 19.