Jazz City patrons were treated to jazz vocals in February 1955 when the Chet Baker Quintet appeared at the club. Chet had introduced vocals in his sets after the successful introduction of this facet of his talents on his first vocal album, Chet Baker Sings, PJLP-11. Jazz vocals continued to be an attraction when Jackie Cain and Roy Kral joined the Conte Candoli Quintet at Jazz City in May of 1955.

The Al Belletto Sextet opened at Jazz City on July 1, 1955. The Belletto group was promoted by Stan Kenton who had recorded them in December of 1954 for his Stan Kenton Presents Jazz series on Capitol Records. 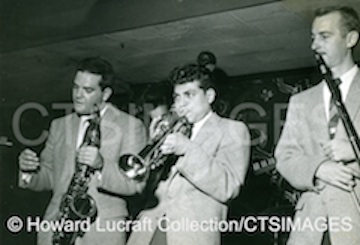 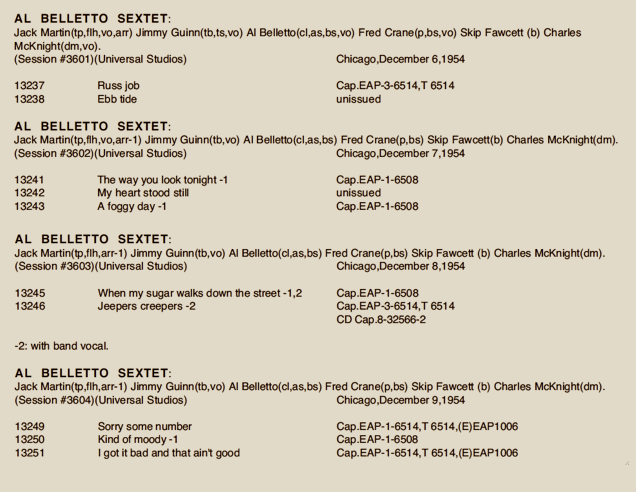 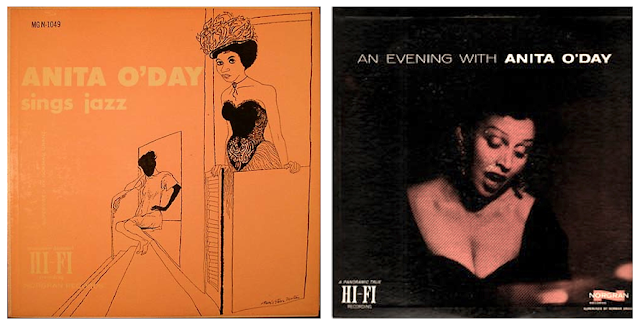 During their stay in Los Angeles the Buddy DeFranco Quartet recorded again for Norman Granz with the additional of Tal Farlow making two quintet albums, Cooking the Blues and Sweet and Lovely.

Buddy Rich was among Norman Granz’s stable of jazz artists and had several LPs in release that featured Edison in the lineup. 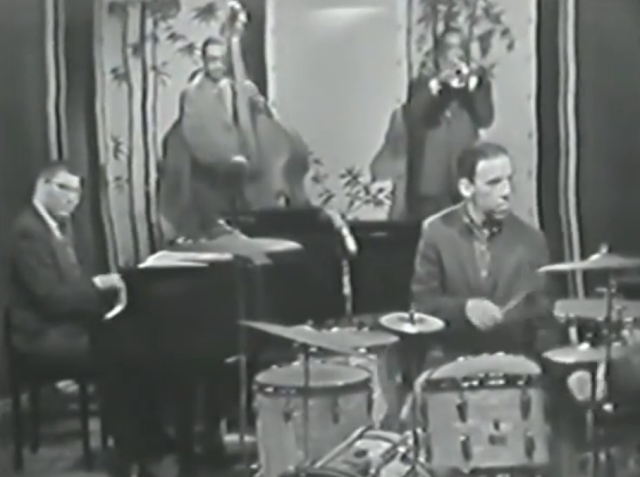 Buddy Rich and his Quartet (Nat Pierce on piano, Harry “Sweets” Edison on trumpet, Ike Isaacson on bass). From One Night Stand: The World of Lenny Bruce (1959). 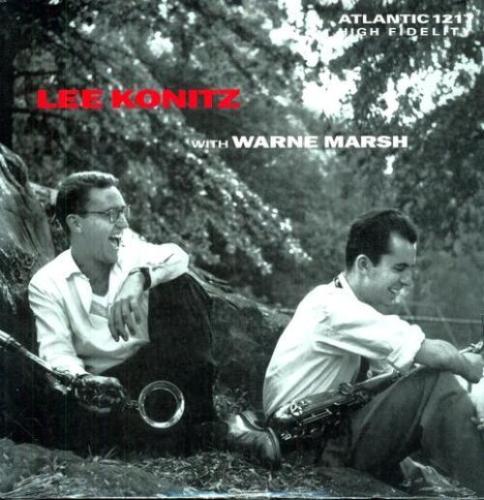 The Konitz / Marsh Quintet alternated sets on the opening weekend of their run with the Four Freshman on August 26, 27, and 28. The Four Freshmen would be on the stand again the following weekend, September 2, 3, and 4.

The Four Freshmen were Capitol Records artists who had been brought to the label by Stan Kenton. They were one of the top jazz vocal groups to emerge in the 1950s.

The Lee Konitz and Warne Marsh Quintet ended their run at Jazz City, Monday through Thursday, September 5 through 8. The Dave Brubeck Quartet opened on September 9, 1955, appearing three days only, Friday, Saturday, and Sunday.

The Dave Brubeck Quartet was profiled in an article for Life magazine in 1954 with a color photo spread by Eliot Elisofon. Paul Desmond, Joe Dodge, Dave Brubeck, and Bob Bates in a multiple exposure. 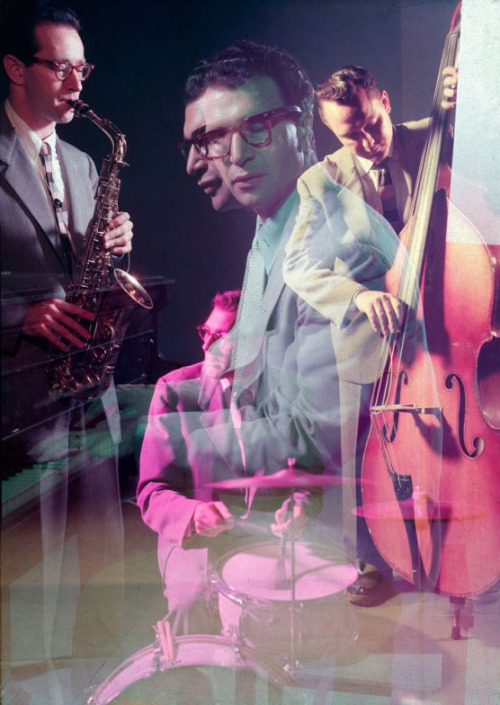 Carmen McRae opened at Jazz City on September 13, 1955. She was backed by the Kenny Drew Trio with Leroy Vinnegar on bass and Lawrence Marable on drums. McRase had recently been awarded “Singer of the Year” by Metronome magazine and was signed with Decca Records with several LPs in release.

The Anita O’Day / Buddy DeFranco booking continued through the month of October 1955. The Buddy Rich Quintet featuring Harry “Sweets”Edison returned to Jazz City on November 4, 1955, for another ten-day run. 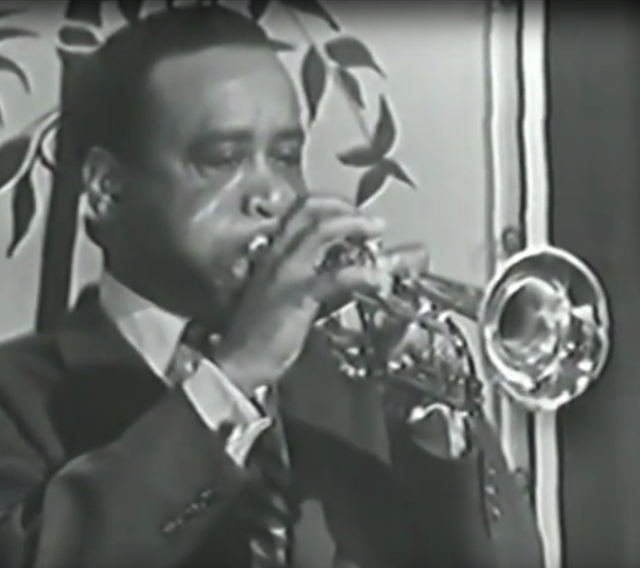 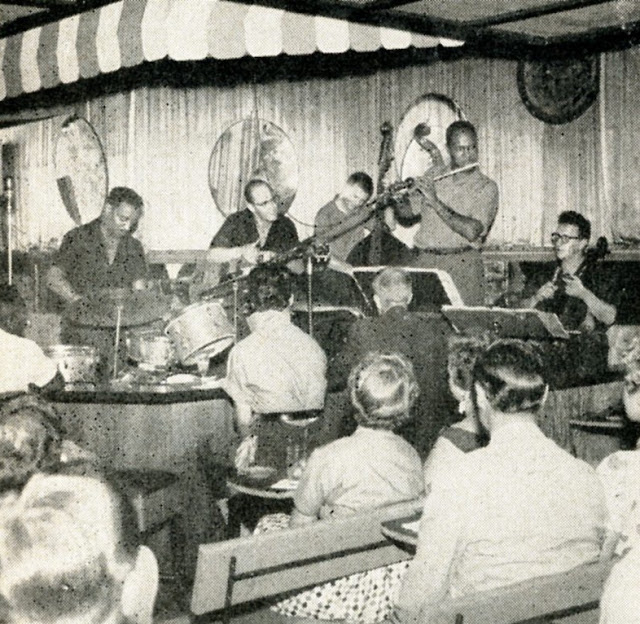 The Chico Hamilton Quintet performing at Strollers in Long Beach. 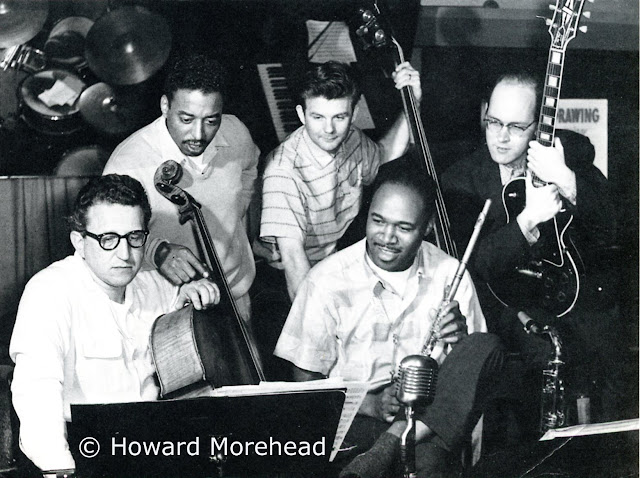 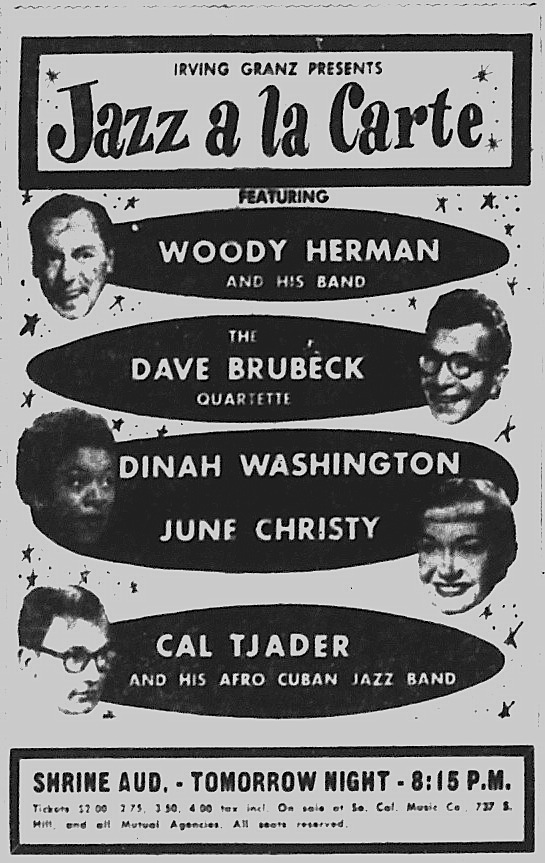 The reduced Herd recorded an album for Capitol a few days earlier that was released as Jackpot – Woody Herman and the Las Vegas Herd. 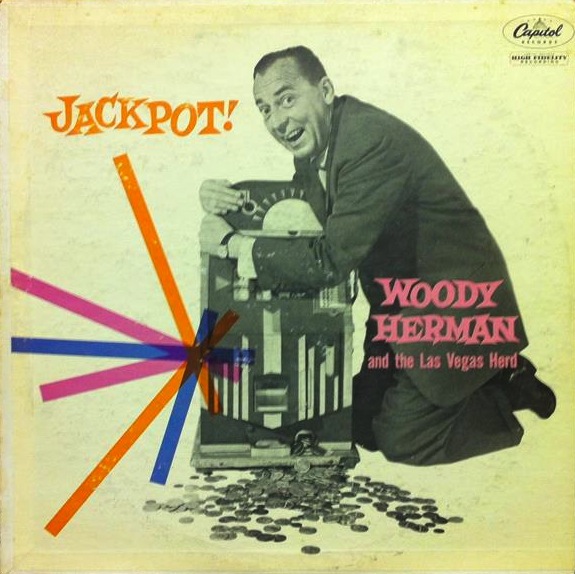 Jazz City advised patrons to make reservations for the December 31, 1955, program that included hats, noisemakers, and favors to ring in the 1956 New Year.
The already fierce competition among Los Angeles Jazz clubs got hotter when Zardi’s completed a remodel that expanded the capacity of the club that the owner’s renamed Zardi’s Jazzland. Jazz City had direct competition across the street from Peter Vescio’s Peacock Lane. Vescio frequently booked the same artists that appeared at Jazz City. Maynard Sloate scored a hit in January of 1956 when booked the Miles Davis Quintet into Jazz City.
The Howard Lucraft photo that greatly enhances this presentation has been provided courtesy of CTSIMAGES.  The author would like to extend a most heartfelt thanks to Cynthia Sesso, Licensing Administrator of the Howard Lucraft Collection.  Please note that this photo remains the property of the Howard Lucraft Collection and is used here with permission.  Any inquiries regarding its use, commercial or otherwise, should be directed to:  Cynthia Sesso at CTSIMAGES.