Barney Kessel opened Jazz City in October of 1954 and featured Art Pepper as a guest soloist for four weeks and then Zoot Sims for four weeks. Kessel continued to be the headliner until mid January of 1955 when Maynard Sloate hired Lee Konitz for a two week run at Jazz City. Konitz and his quartet, Jeff Morten, drums; Ronnie Ball, piano; and Peter Ind, bass played an extended gig at The Tiffany Club that ended mid January when the Bob Scobey group arrived. The Lee Konitz Quartet opened at Jazz City on Friday, January 14, 1955. 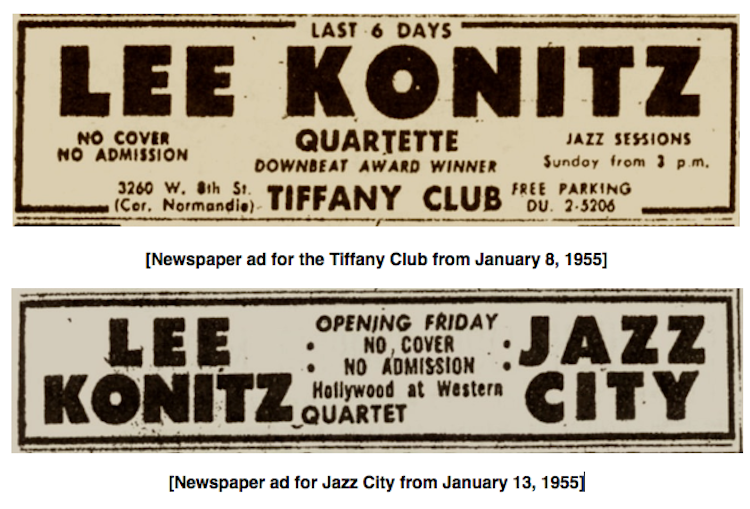 Lee Konitz headed back to the east coast after closing at Jazz City and recorded an album for Storyville Records in February, Lee Konitz in Harvard Square (Storyville LP 323). 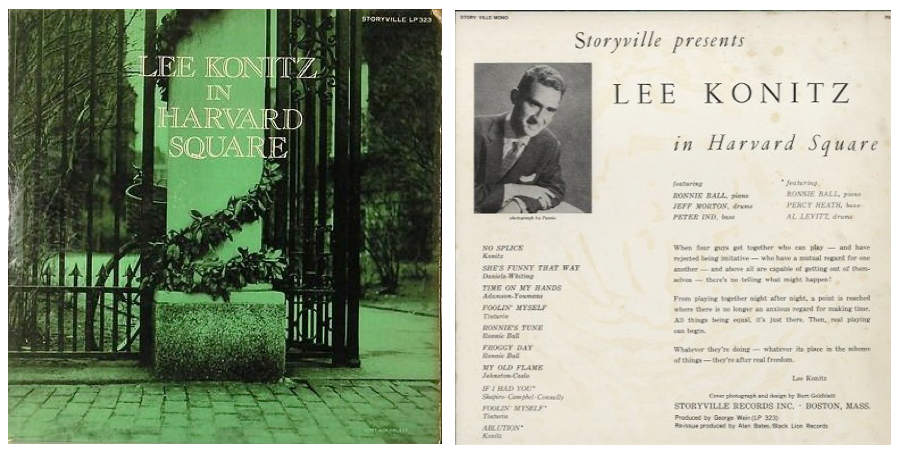 Maynard Sloate and Joe Abrahams were disappointed with the draw they were getting on the modern jazz groups and as noted by John Tynan in his Down Beat Hollywood column…” Jazz City op Maynard Sloate, after mulling move to Dixie, signed poll winner Chet Baker and combo for four weeks opening Jan. 28.”

Chet Baker’s quintet had been on tour with Phil Urso, Bob Whitlock, Bob Neel, and Al Haig. Paul Bley replaced Haig who did not accompany Chet’s group when they returned to the west coast.  The photo below captures the quintet at the Loop Lounge. 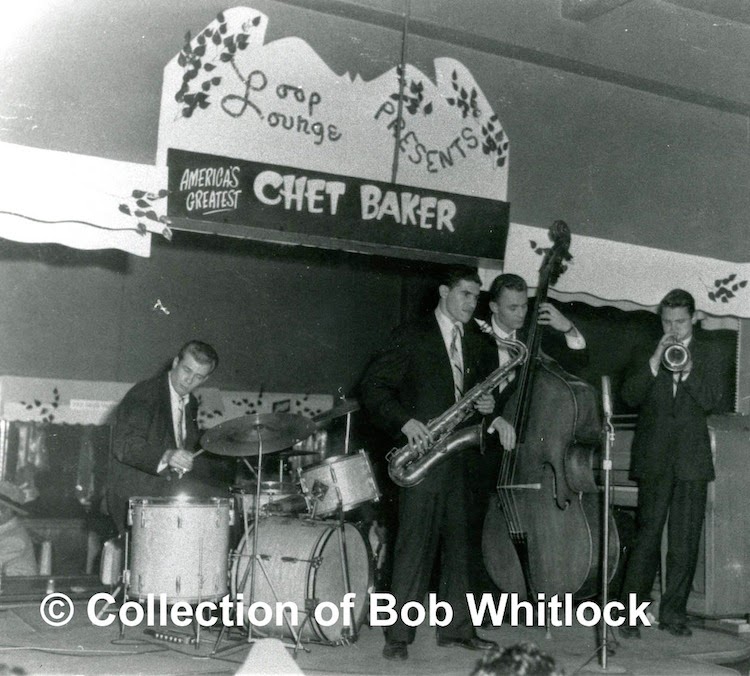 Chet Baker recorded his first 12″ LP for Pacific Jazz at the end of February and beginning of March 1955.  The first two sessions included Russ Freeman on piano, Red Mitchell on bass, Bob Neel on drums, Bud Shank on flute, Corky Hale on harp plus four cellists with arrangements by Marty Paich, Johnny Mandel and Frank Campo.  There were two sessions with this group at Western recorders on February 28 and March 1, 1955. A third session, also at Western Recorders, included Freeman and Neel plus Carson Smith on bass. 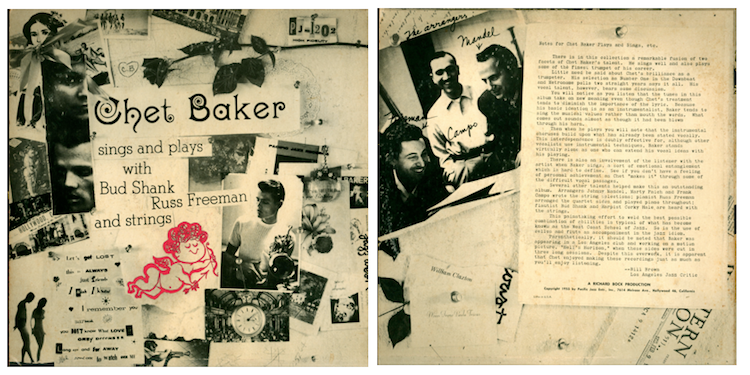 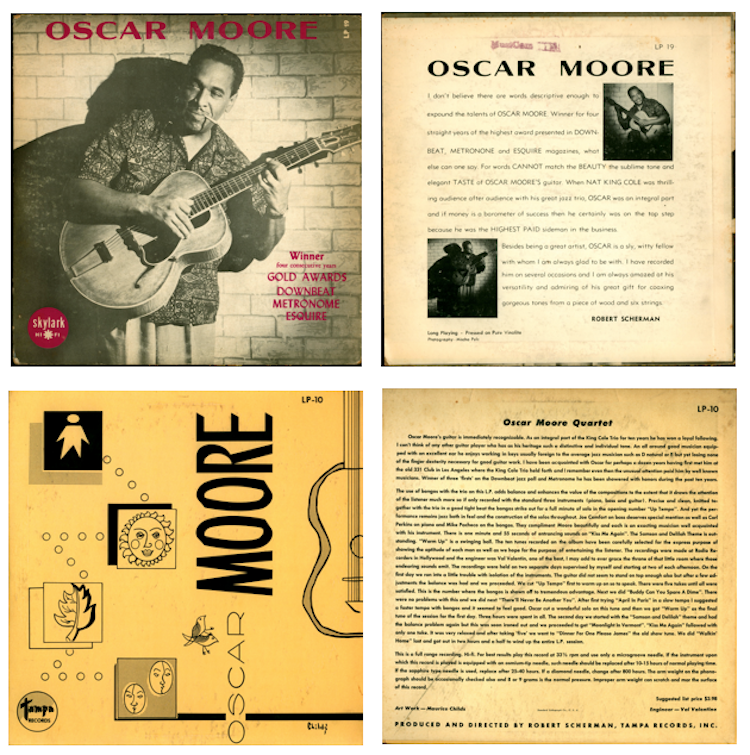 The Oscar Moore Trio included Moore on guitar, Carl Perkins on piano, and Joe Comfort on bass.  Moore’s LP on Skylark (LP 19) included George Jenkins (uncredited) on drums, from a session at Radio Recorders on September 10, 1954.
Skylark LP 19 was a 10″ LP release. The Oscar Moore Quartet album recorded on June 16, 1955, included Mike Pacheco on bongos (credited) on Tampa LP-20, a 12″ LP release, and once again George Jenkins played on that session but was uncredited in the liner notes.

John Tynan’s Hollywood column did not mention the Oscar Moore booking at Jazz City, but his March 9 column confirmed that Maynard Sloate was departing from the “Modern Sounds” policy…
HOLLYWOOD – March 9, 1955
The Jazz Beat: Alto ace Bud Shank back from Australian jaunt with F. Sinatra and again on stand with Howard Rumsey’s All-Stars at the Lighthouse, where we caught Bill Claxton shooting Lighthouse layouts for two national mags. And “Sleepy” Stein of KFOX (Long Beach, Calif.) now has all-jazz platter program going out from Lighthouse six nights a week (9-11 p.m. PST) . . . Well, it’s happened. Jazz City, currently showcasing Chet Baker quintet (Paul Bley is Baker’s new pianist), and heretofore dedicated to “modern sounds,” comes up with Jack Teagarden & combo March 10. First time Big T. has played here since sister Norma came in as keyboarder. Mgr. Maynard Sloate’s comment: “Means nothing except Teagarden is a big attraction and we had a chance to get him” . . . Red Norvo home again for what will probably be long stand at Castle Restaurant, smart Beverly Hills eating spot. Tal Farlow still on hand and new member is Monty Budwig, bass . . . Harry Babasin routs those rumors his Nocturne record firm is folding, points to strong new releases featuring Steve White and Lou Levy and says watch for Nocturne’s new “Music in Hollywood’ series starting with the Bobby Troup Trio’s 12-inch LP.
Supper Spottings: Peggy Lee into Ciro’s Feb. 23 . . . Perez Prado band, which blew them out at the Mocambo, is blowing them in at Crescendo right next door this deadline, and was held over through Feb. 29 . . . Sam Donahue (And His Billy May Band) follows current Less  El ear t  at Palladium  March  8, with Eddie Howard up for his first Palladium date April 5 . . . Freddy Martin, who recently added a vocal group. The Honey Brothers, continues at Cocoanut Grove with current headliner Marguerite Piazza . . . Ditto Skinnay Ennis at Statler Hotel with ice show that followed George Gobel for four-weeker starting Feb. 14.

Maynard Sloate knew Jack Teagarden from his days at the Susie Q running the Sunday jam sessions. The switch to a traditional jazz headliner allowed Sloate and Abrahams to gauge the draw that Teagarden could pull to the club compared to the modern jazz artists that had been featured until this point in time.
The interior photo of Jack Teagarden, below right, features a promotion for William Claxton’s JAZZ WEST COAST photography portfolio on the wall behind Teagarden advertising that it was available and on sale at Jazz City.

The previous fall Teagarden recorded an album for Bethlehem while his group was on the east coast. 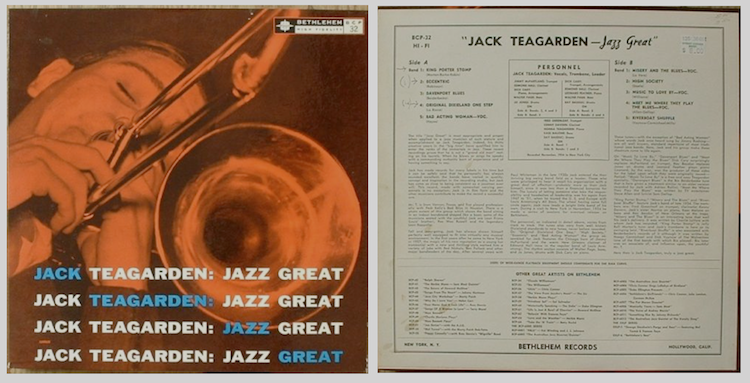 The Jack Teagarden Sextet closed their stay at Jazz City at the end of the third week of April 1955. Maynard Sloate announced that he was going back to a modern jazz policy and was shopping around for a new sound.

The above advertisement from the Daily Mirror & News of April 16, 1955, noted that Teagarden’s group would bow out of Jazz City on the 22nd of the month. 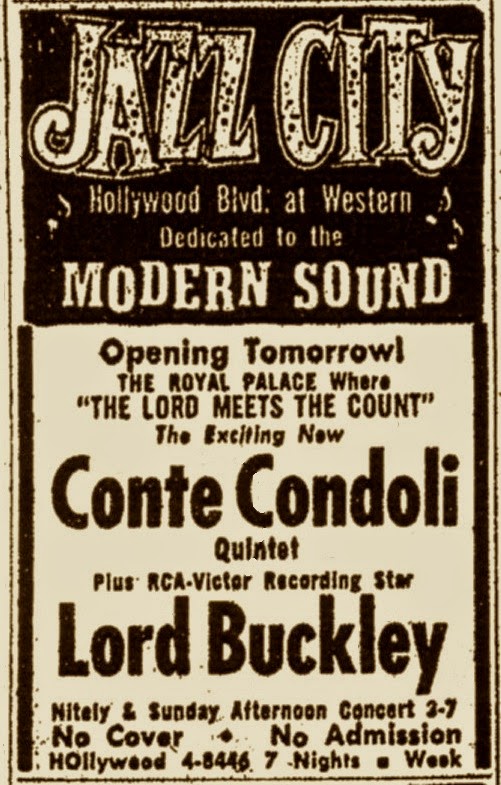 The Conte Candoli Quintet with Conte Candoli, trumpet; Bill Holman, tenor sax; Lou Levy, piano; Leroy Vinegar, bass; and Lawrence Marable, drums; opened at Jazz City on April 22, 1955, along with hip monologist, Lord Buckley. Conte Candoli had been nick named “The Count” and Sloate used this moniker in the ad above that announced “The Lord Meets The Count.”
The double bill proved to be a crowd pleaser and John Tynan noted in his Hollywood column in Down Beat that “the cash register was ringing” at Jazz City.
Lord Buckley had a very successful reign in Hollywood jazz clubs as well as less salubrious establishments in the mid 1950s. His album for RCA Victor as well as his albums on Vaya Records cemented his reputation as the nation’s hip monologist. 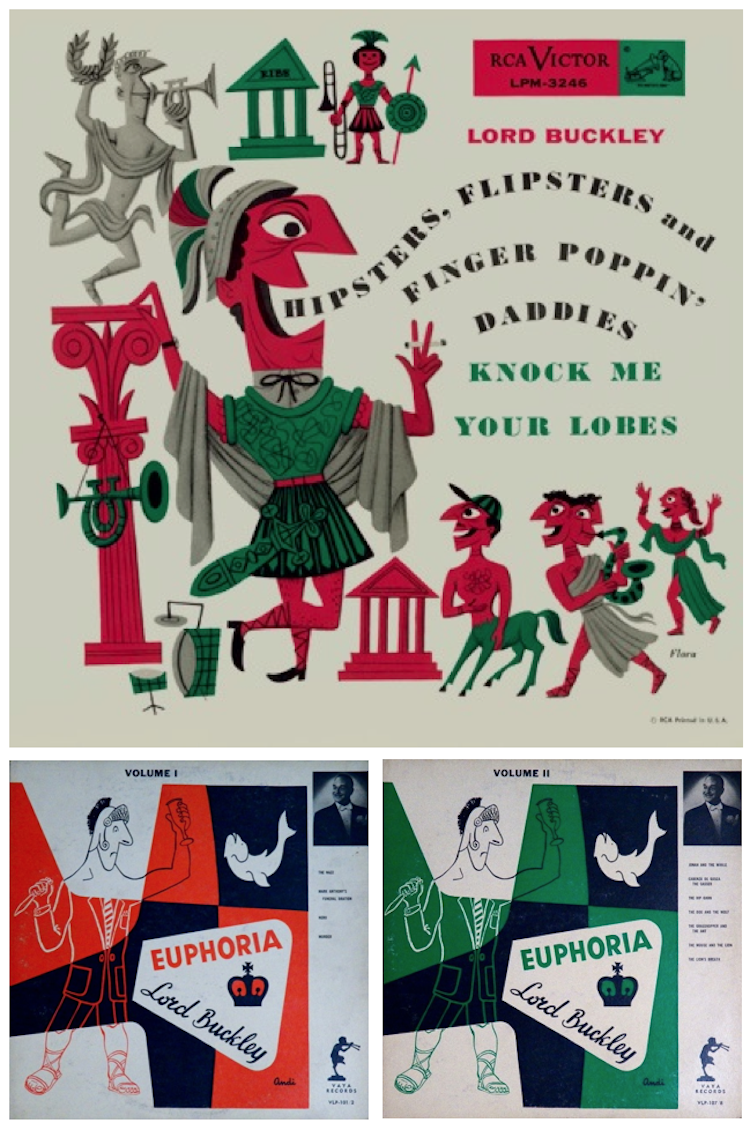 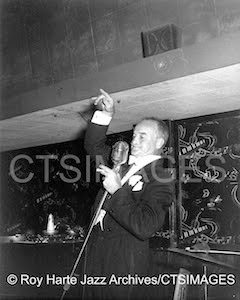 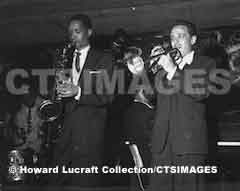 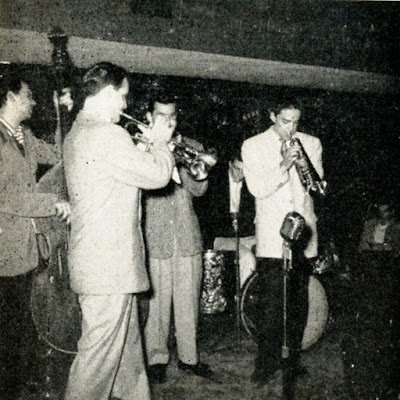 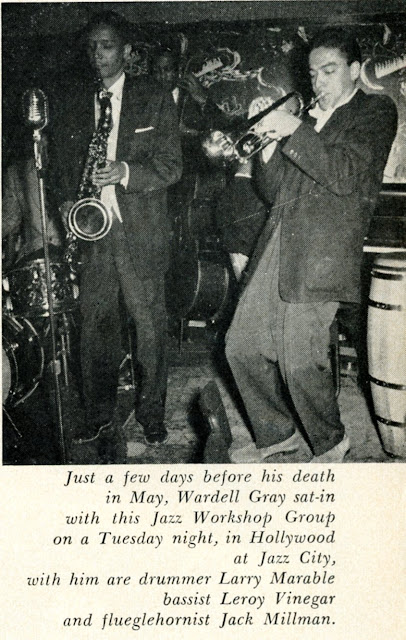 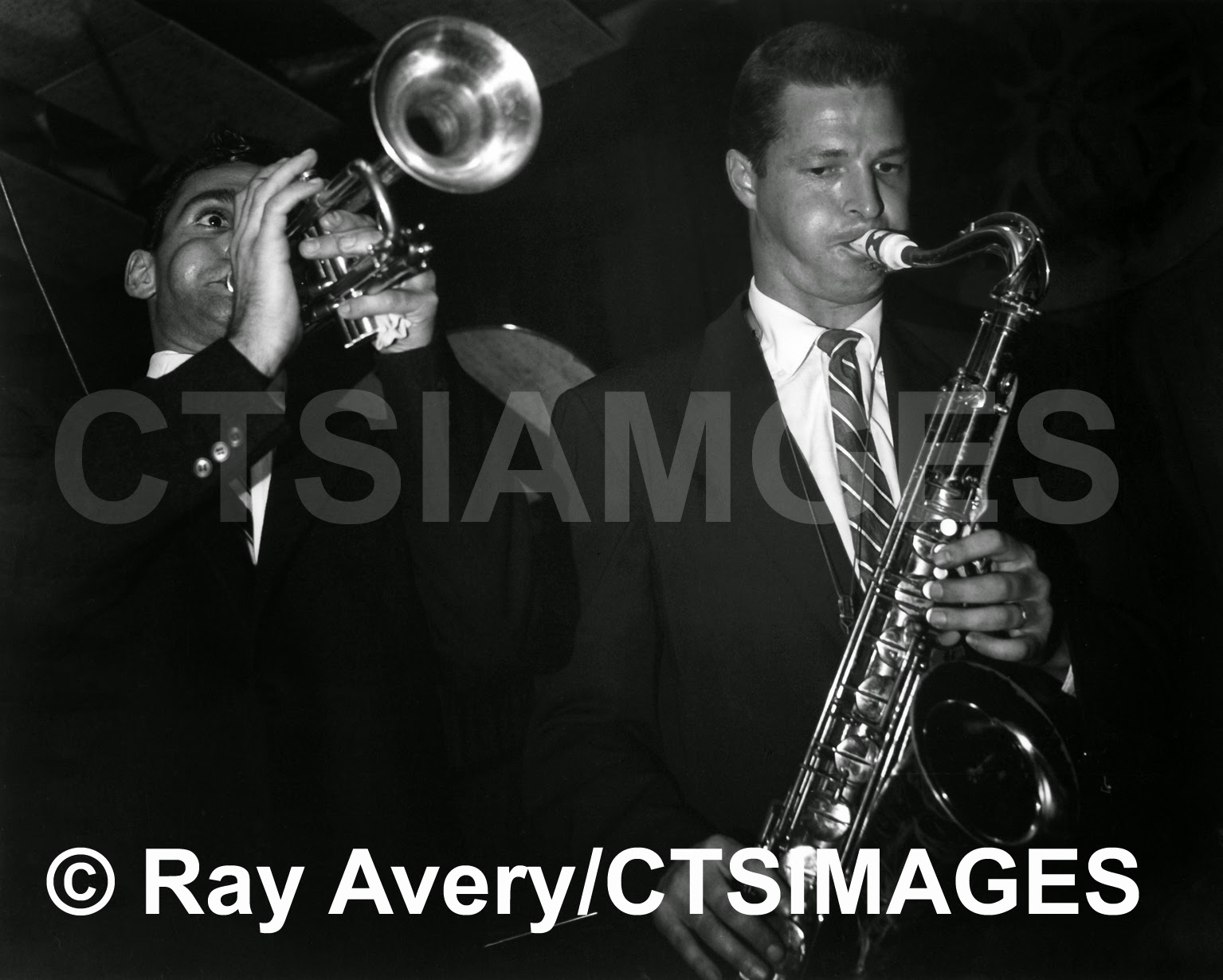 The Conte Candoli Quintet that played Jazz City recorded an album for Bethlehem Records in the summer of 1955. 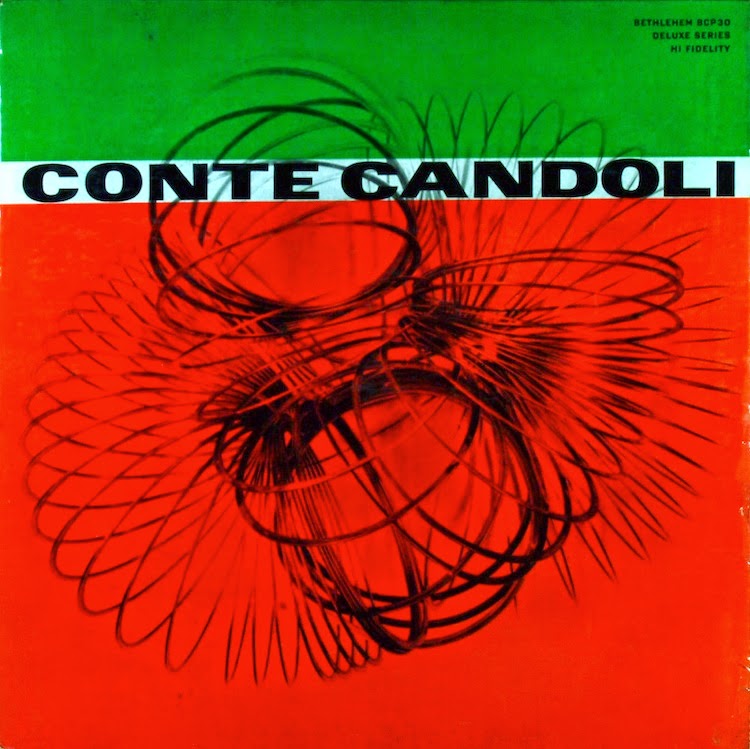 The Conte Candoli Quintet and Lord Buckley were joined mid May by the hip duo, Jackie Cain and Roy Kral. The triple bill is testament to the fact that Jazz City was drawing in an appreciative crowd who kept the cash register ringing through the end of May, 1955. 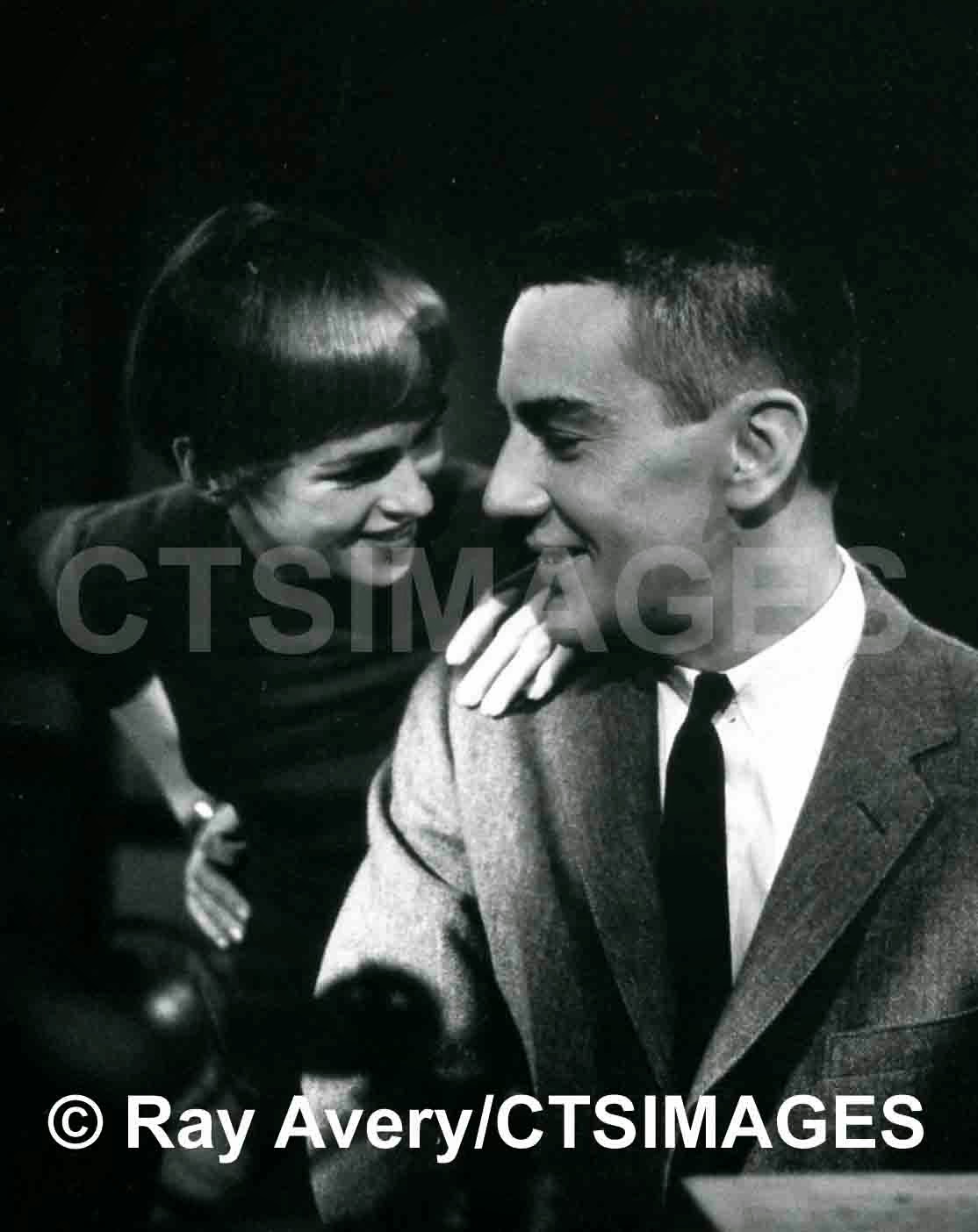 The Conte Candoli Quartet and jackie & Roy closed their duo engagement at Jazz City on June 30, 1955.  The ad below announced that the Al Belletto Sextet would be the next attraction, billed under the auspices of Stan Kenton who had recorded Belletto’s group for the Stan Kenton Presents Jazz series for Capitol Records.

Jackie and Roy recorded an album for Storyville Records while in Hollywood, two sessions at Capitol Recording Studios on Melrose, July 14 and 15, with Barney Kessel, Red Mitchell, and Shelly Manne. 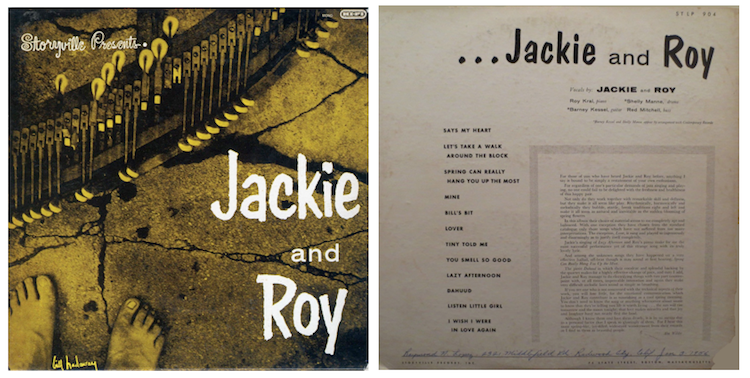