JAZZ CITY
PHOTOGRAPHY BY
RAY AVERY & HOWARD LUCRAFT
© James A. Harrod, Copyright Protected; All Rights Reserved
Frequent visitors to my blogs will have noticed that I feature the jazz photography of Ray Avery and Howard Lucraft. Both were contemporaries who documented the jazz scene in Los Angeles at recording sessions, jazz clubs, and concerts.
A previous post to this blog documented two clubs that were owned by Chuck Landis, The Tiffany Club and The Surf Club. The next club that I will examine in detail was located at the corner of Hollywood Boulevard and Western Avenue, JAZZ CITY.  During its brief existence under the aegis of Maynard Sloate it became a major venue for the hottest jazz combos of the time. This detailed examination is possible thanks to Ray Avery and Howard Lucraft who visited the club frequently, cameras in hand. 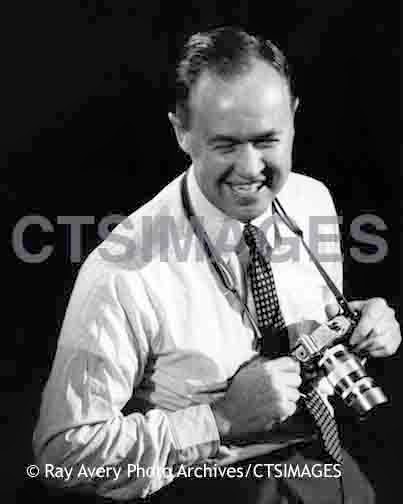 Ray Avery traced his interest in photography back to 1945. He was on his way overseas as an Army Air Force pilot and received an Argus C3 camera as a going away gift from his father. Ray was stationed in central India where his primary duties required flying the “Hump” to central China every other day. This left little spare time to devote to photography which was just as well since laboratory processing facilities were nearly non-existent.

After being discharged from the service Ray spent a year trying to learn his father’s fur farming business. Fortunately for jazz and photography, the late forties signaled the end of an era in fur farming and Ray turned his attention to his first love, jazz music. He opened this first jazz record shop, The Record Roundup, in 1947 and ended his retail experience at Ray Avery’s Rare Records in 1986.

The record retail business allowed Ray the time to pursue his interest in jazz photography in earnest. His shop in Glendale became the “Mecca” for the serious jazz record collector. Record industry professionals and musicians were frequent visitors to the shop. Friendships developed which led to invitations to recording sessions, jazz concerts and parties for jazz musicians.

Ray traces his first jazz photos to the early 1950’s. Many of his early photographs document the birth of West Coast jazz and the artists who defined this period in jazz. Ray and his cameras had been in attendance at all but one of the Monterey Jazz festivals since it’s inception. He also attended several Nice, France jazz festivals, one of the official photographer’s for the Stars of Jazz television series, all of the Los Angeles Classic Jazz festivals, ten years of covering the New Orleans Jazz & Heritage festivals, and the North Sea Jazz festivals in Holland. His photographs have appeared in over 100 jazz books, over 150 LP covers, over 100 CD covers and numerous jazz film documentaries.

In 1990, Ray founded the Jazz Photographers Association of Southern California and served as President and President, Emeritus. Ray’s photo book, “Stars of Jazz” was published in 1997 by JazzMedia, Copenhagen, Denmark. The television series ran for two years in the mid 1950’s and had as guests most of the major West Coast jazz artists who were active at the time. The “Stars of Jazz” also showcased leading touring jazz groups that were appearing in the Los Angeles area. 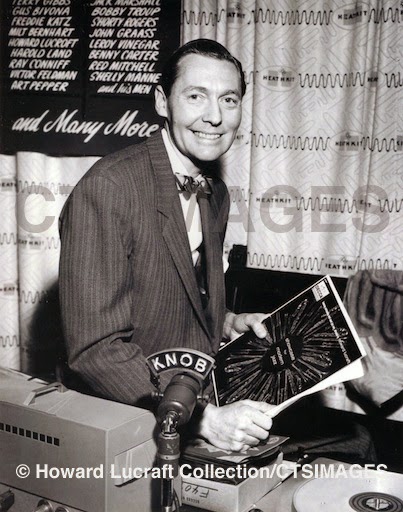 Howard Lucraft first came to fame in England as an orchestra leader for the British Broadcasting Corporation (BBC). In addition to regular national broadcasts with his own groups he composed, arranged, scripted and emceed special BBC shows.
Lucraft emigrated to the United States to compose and arrange for sound recordings and television. Early credits include compositions and arrangements for Stan Kenton, Anita O’Day, Ray Noble, KTTV-TV and KABC-TV. Lucraft’s radio programs were aired over local Los Angeles radio stations KABC, KBCA, KCBH, KKGO, KLON and KNOB.
Lucraft was music editor for Daily Variety. His reviews, photographs and other music writing credits include Atlantic Records, Capitol Records, Crescendo International, Decca Records (MCA), Disc, Down Beat, Jazz Journal, Jazz Times, London Daily Herald, London Sun, Los Angeles Herald-Examiner, Los Angeles Times, Melody Maker, Mercury Records, Metronome, New Musical Express, Overture, Pacific Jazz Records, RCA Records, United Artists Records, Variety. Warner Bros. Records, and World Pacific Records.
Howard Lucraft had one of the first jazz TV shows anywhere. In the early fifties,on KTTV, Los Angeles, Lucraft’s ‘Jazz International Show’ ran every Saturday. In a ‘Jazz City’ club setting, Lucraft captured performers that included Billie Holiday, Hampton Hawes, Barney Kessel and Shelly Manne and hundreds more. Lucraft interviewed and photographed celebrities at historic jazz venues, and in addition to recording sessions, his photography archive documents emerging jazz artists in Los Angeles in the 1950’s and 1960’s.
The photos that greatly enhance this presentation have been provided courtesy of the Ray Avery Estate and the Howard Lucraft Collection.  The author would like to extend a most heartfelt thanks to Cynthia Sesso, Licensing Administrator of the Ray Avery Photo Archives and the Howard Lucraft Collection.  Please note that these photos remain the property of the Ray Avery Estate and the Howard Lucraft Collection and are used here with permission.  Any inquiries regarding their use, commercial or otherwise, should be directed to:  Cynthia Sesso at CTSIMAGES.