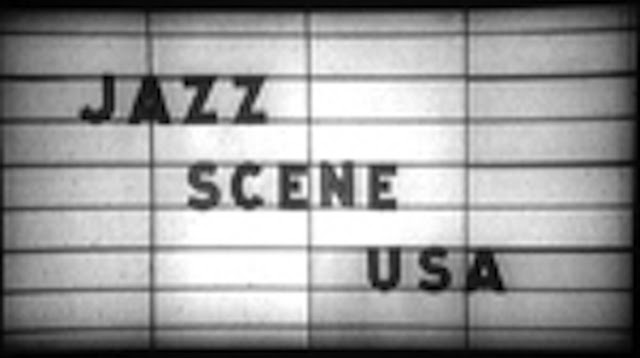 The appearance of Phineas Newborn, Jr. on the sixteenth program in Steve Allen’s Jazz Scene USA series was fortuitous as Newborn had recently signed with Les Koenig’s Contemporary label where he would record a string of albums that securely placed him among the most gifted jazz pianists to emerge mid century.  The following entry from Wikipedia traces the essential biographical details.  A link has also been provided to the excellent profiles of Phineas Newborn, Jr. at Steve Cerra’s JAZZ PROFILES.  Readers are urged to view the entire program, currently available on YouTube before it is taken down and not available. If you miss seeing it or want to have it in your permanent collection it is available on DVD and VHS. The camera coverage of Phineas’ keyboard work, Al McKibbon’s bass artistry and Kenny Dennis’ tasteful drumming are a joy to watch. 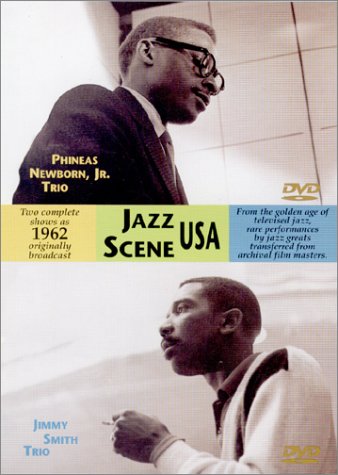 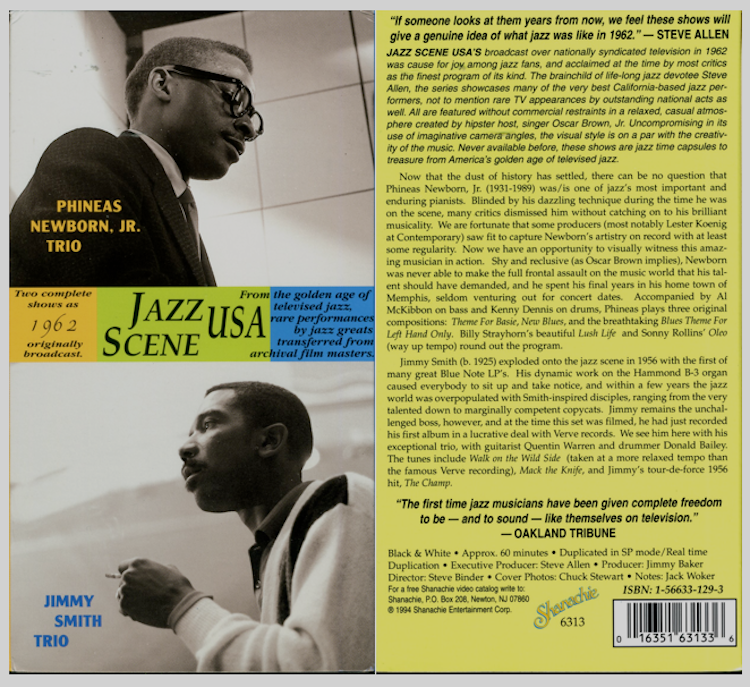 Phineas Newborn, Jr. (December 14, 1931 in Whiteville, Tennessee – May 26, 1989 in Memphis, Tennessee) was an American jazz pianist, whose principal influences were Art Tatum, Oscar Peterson and Bud Powell. Newborn came from a musical family with his father, Phineas Newborn, Sr., being a blues musician and his younger brother, Calvin, a jazz guitarist. Phineas studied piano as well as trumpet, and tenor and baritone saxophone.

Before moving on to work with Lionel Hampton, Charles Mingus, and others, Newborn first played in an R&B band led by his father on drums, Tuff Green on bass and his brother Calvin on guitar. The group also included future Hi Records star Willie Mitchell, and Ben Branch. The group was the house band in West Memphis, Arkansas, from 1947 to 1951 at the now famous Plantation Inn Club. The group recorded as B. B. King’s band on his first recordings in 1949 and also the Sun Records sessions in 1950. The group would leave West Memphis in 1951 to tour with Jackie Brenston as the “Delta Cats” in support of the record “Rocket 88”. Rocket 88 is considered by many to be the first rock & roll record ever recorded (recorded by Sam Phillips) and was the first Billboard No. 1 record for Chess Records.
Among his earliest recordings, from the early 1950s, are those for Sun Records with blues harmonica player Big Walter Horton, We Three (a trio date led by drummer Roy Haynes along with bassist Paul Chambers), and his debut as a solo artist on RCA Victor, Phineas’ Rainbow. 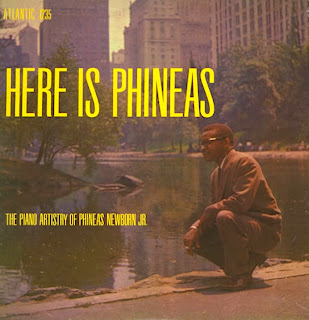 From 1956 he began to perform in New York City, making his first album as a leader in that year. His trios and quartets at that time included Oscar Pettiford, Kenny Clarke, George Joyner and Philly Joe Jones.  He created enough interest internationally to work as a single in Stockholm in 1958 and in Rome the following year. 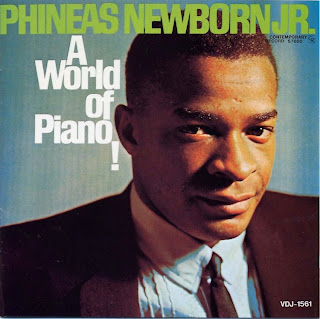 Subsequently moving to Los Angeles around 1960, he recorded a sequence of piano trio albums for the Contemporary label. However, some critics found his playing style rather facile, and Newborn developed emotional problems as a result, necessitating his admission to the Camarillo State Mental Hospital for some periods. He also suffered a hand injury which hindered his playing.
Newborn’s later career was intermittent due to ongoing health problems. This is most true of the period from the mid-1960s to mid-1970s when he faded from view, underappreciated and underrecorded. He made a partial comeback in the late 1970s and early 1980s, although this return apparently failed to benefit his financial situation. He died in 1989 after the discovery of a growth on his lungs and was buried in Memphis National Cemetery.
According to jazz historian Nat Hentoff, Newborn’s plight spurred the 1989 founding of the Jazz Foundation of America, a group dedicated to helping with the medical bills and other financial needs of retired jazz greats. Despite his setbacks, many of his records, such as The Great Jazz Piano of Phineas Newborn, Jr and Phineas’ Rainbow, remain highly regarded. Jazz commentator Scott Yanow even referred to Newborn as “one of the most technically skilled and brilliant pianists in jazz.” Evidence of his technical prowess can be heard on tracks such as “Sometimes I’m Happy” on Look Out – Phineas is Back! where Newborn performs extended, complex, and brisk solos with both hands in unison. Leonard Feather once said of him “In his prime, he was one of the three greatest jazz pianists of all time.”
STEVE CERRA: JAZZ PROFILES – PHINEAS NEWBORN, JR.
http://jazzprofiles.blogspot.com/search?q=Phineas+Newborn%2C+Jr. 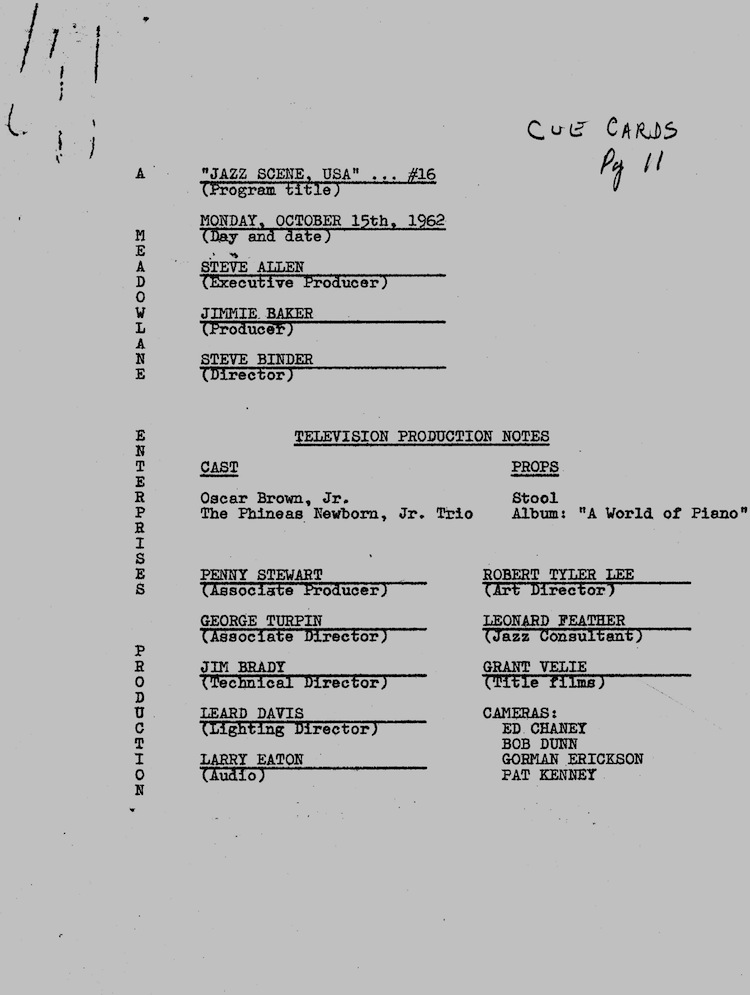 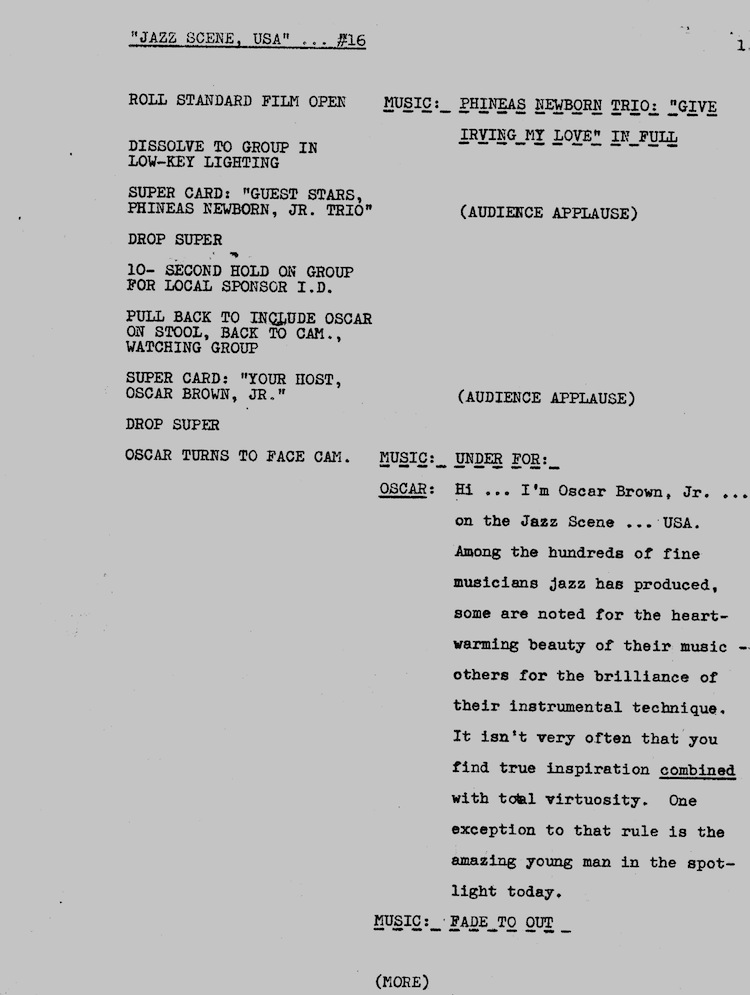 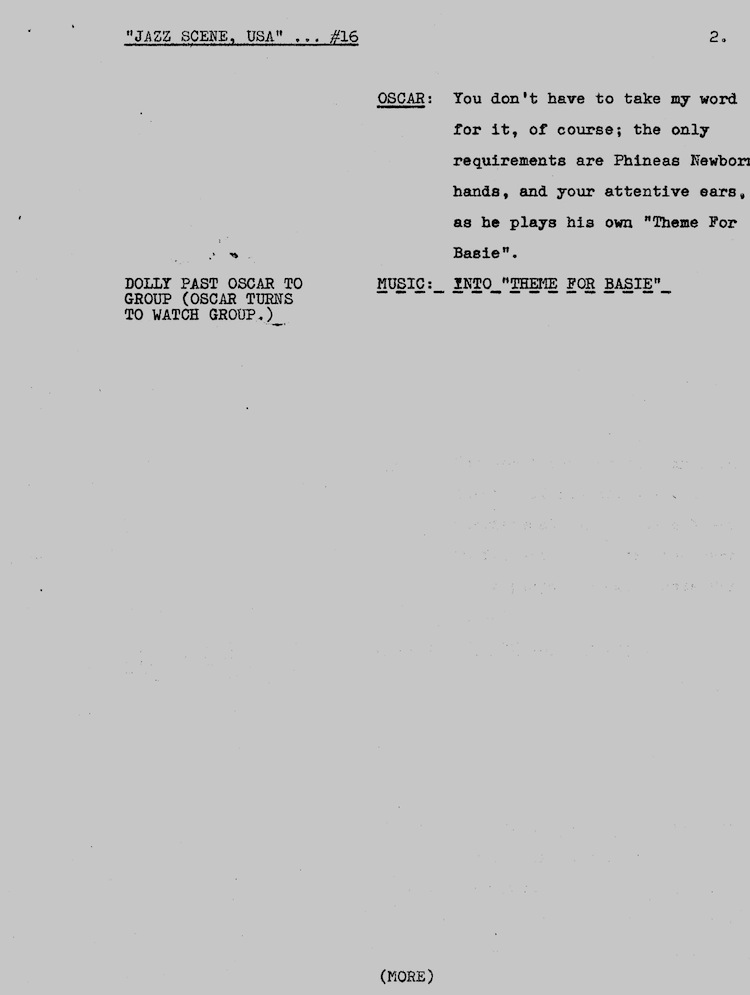 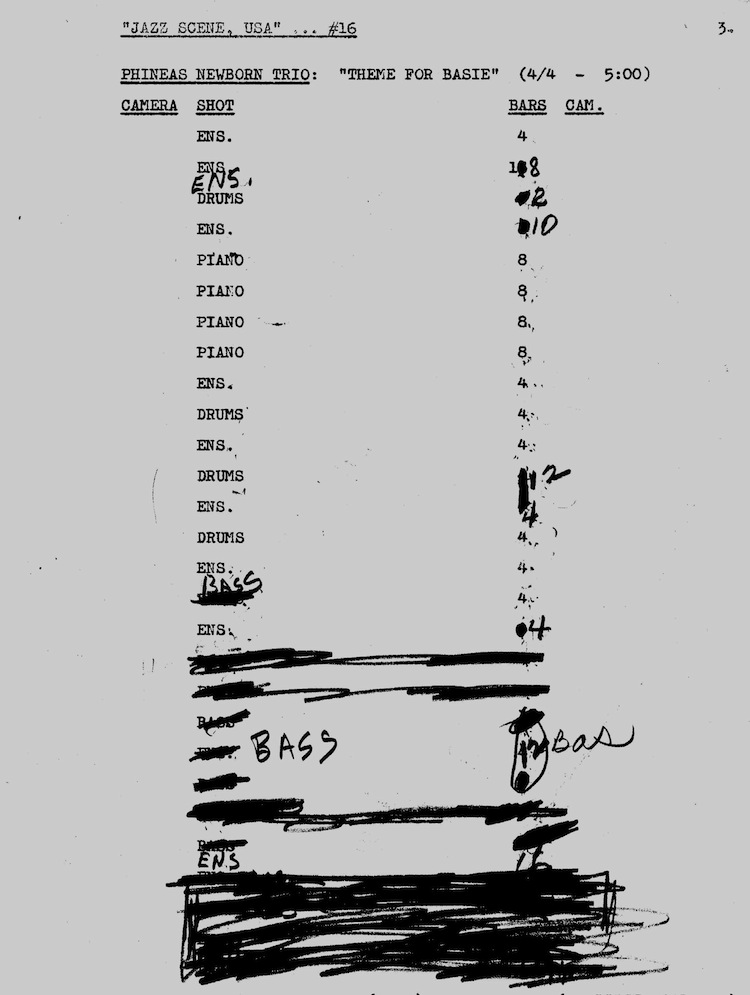 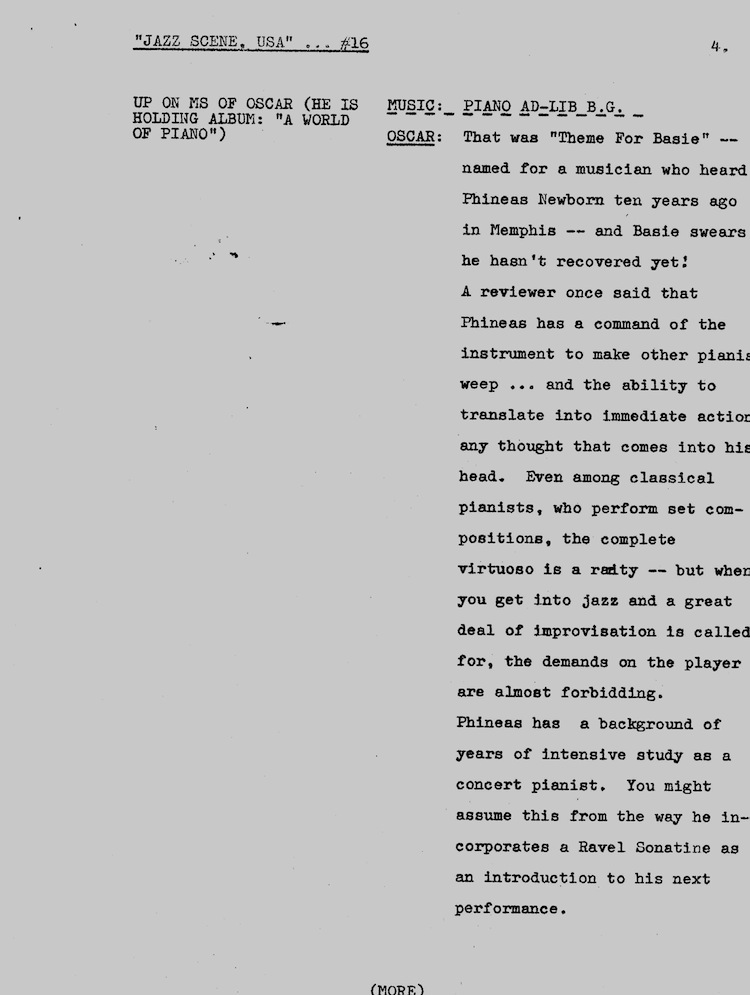 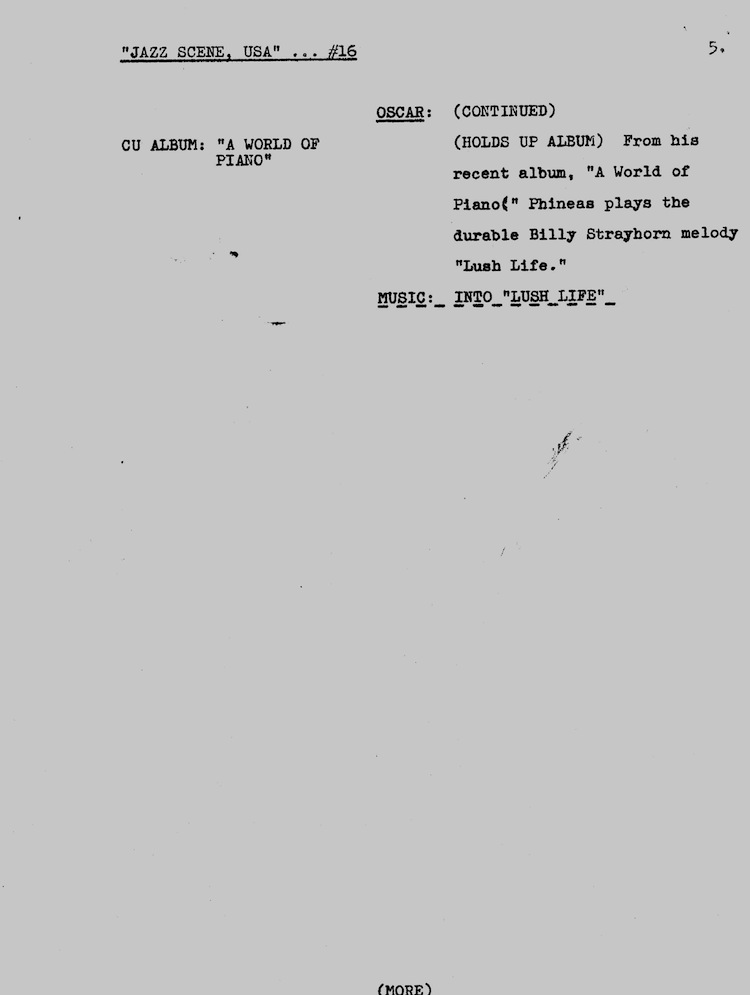 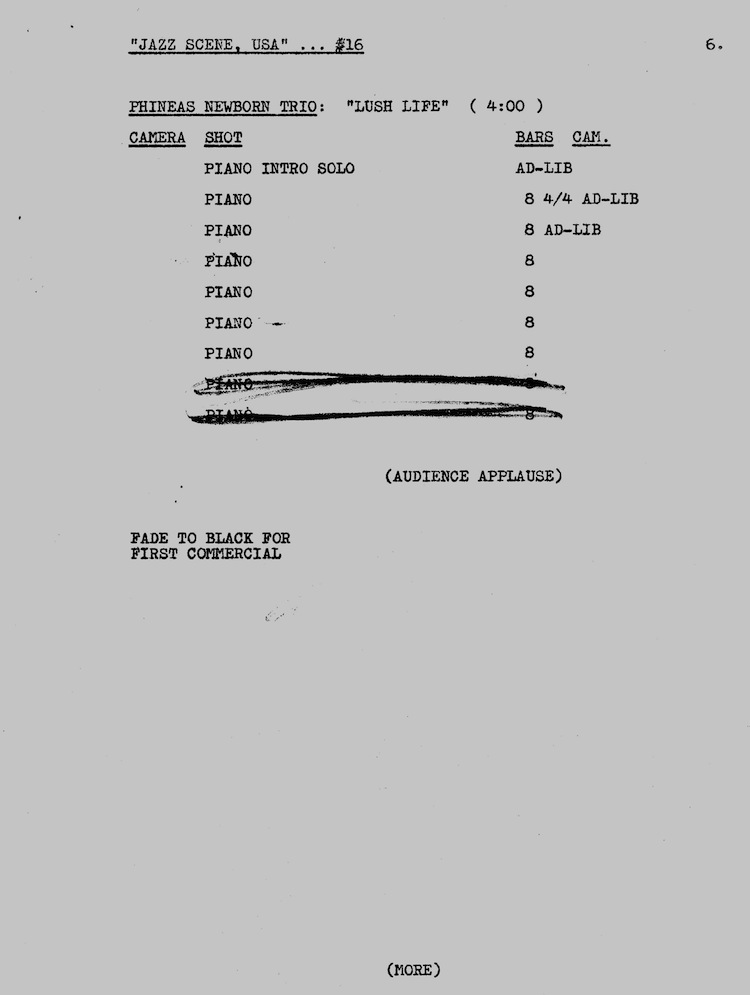 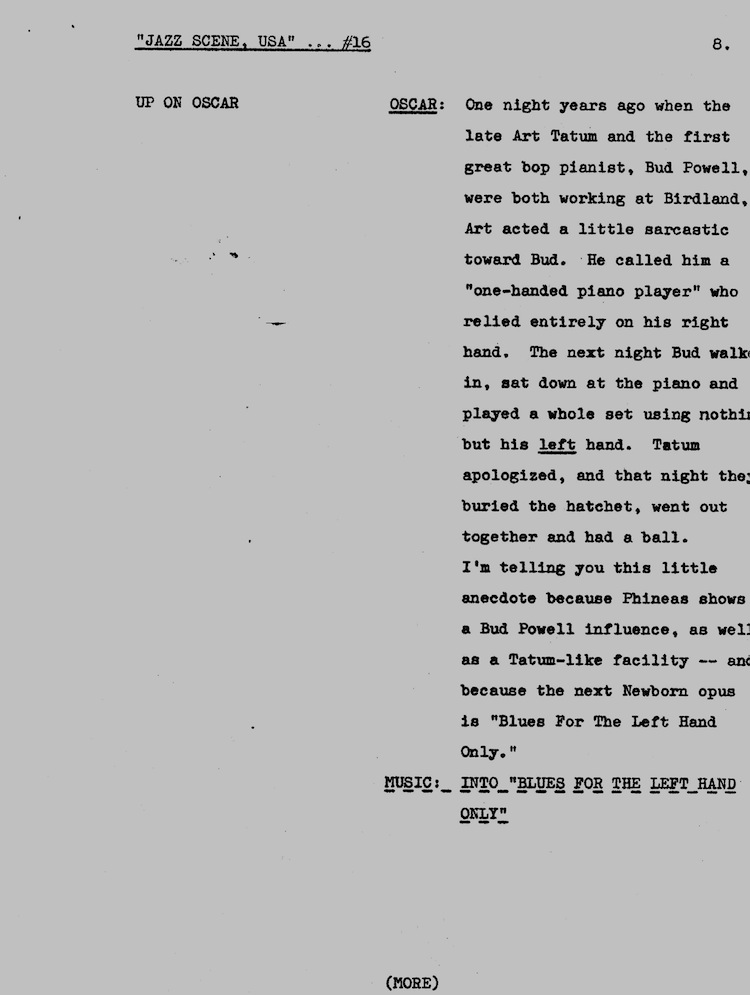 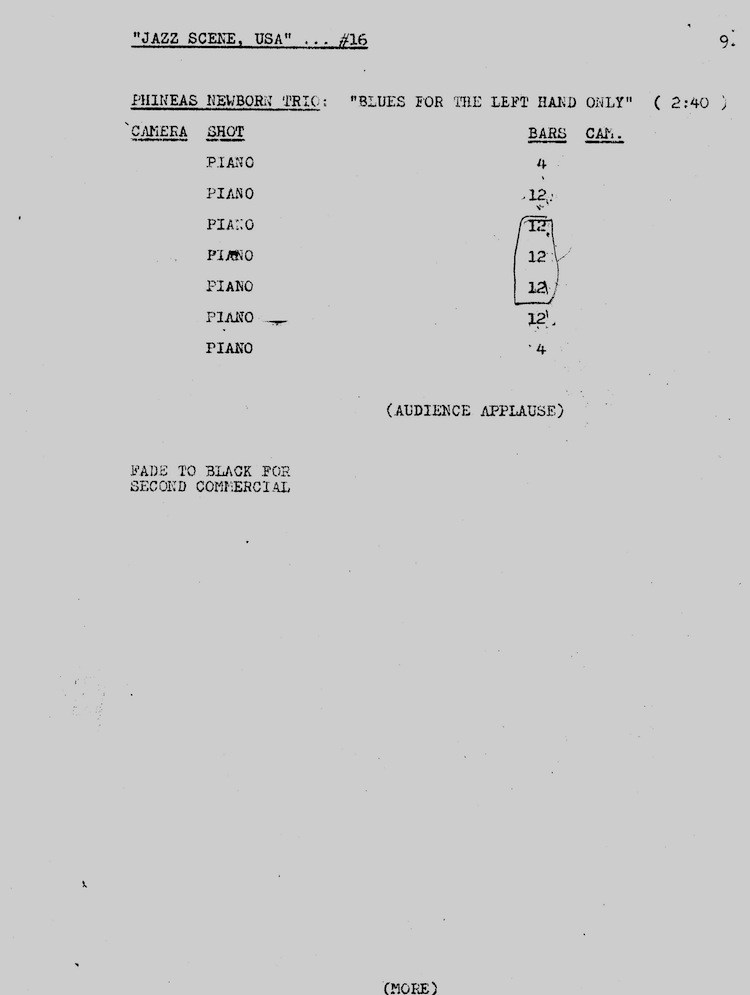 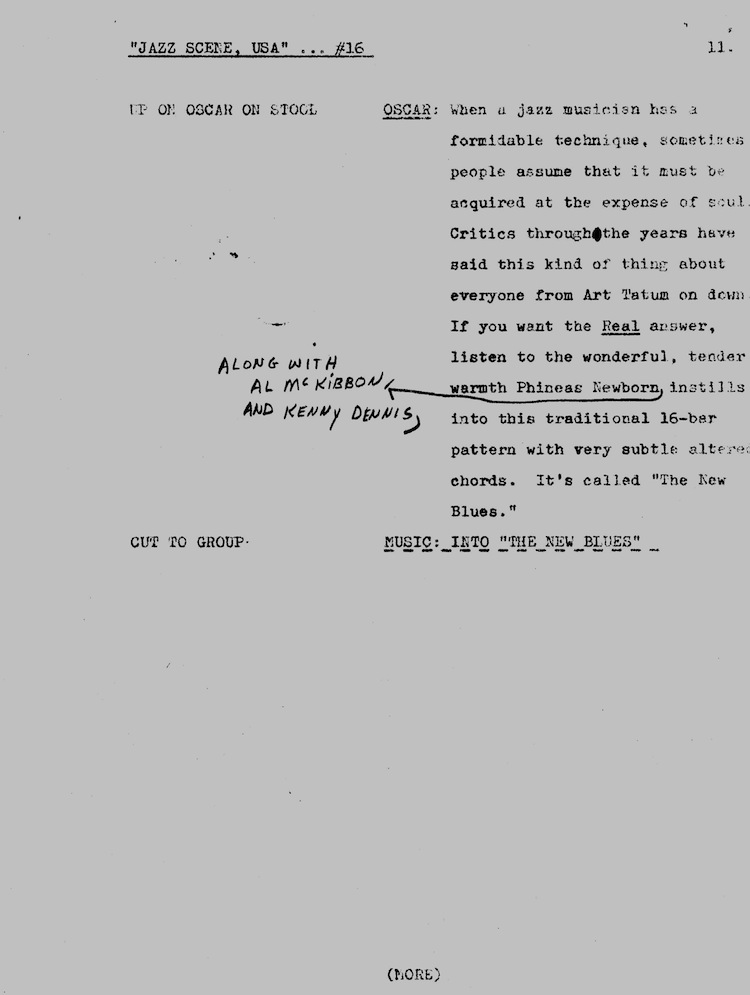 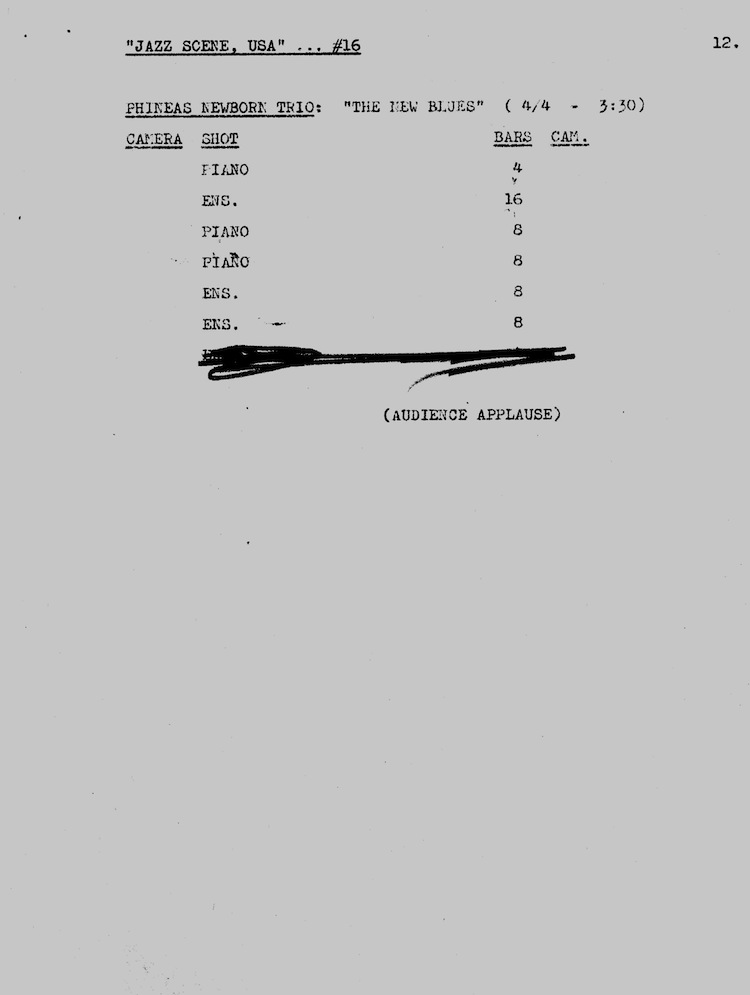 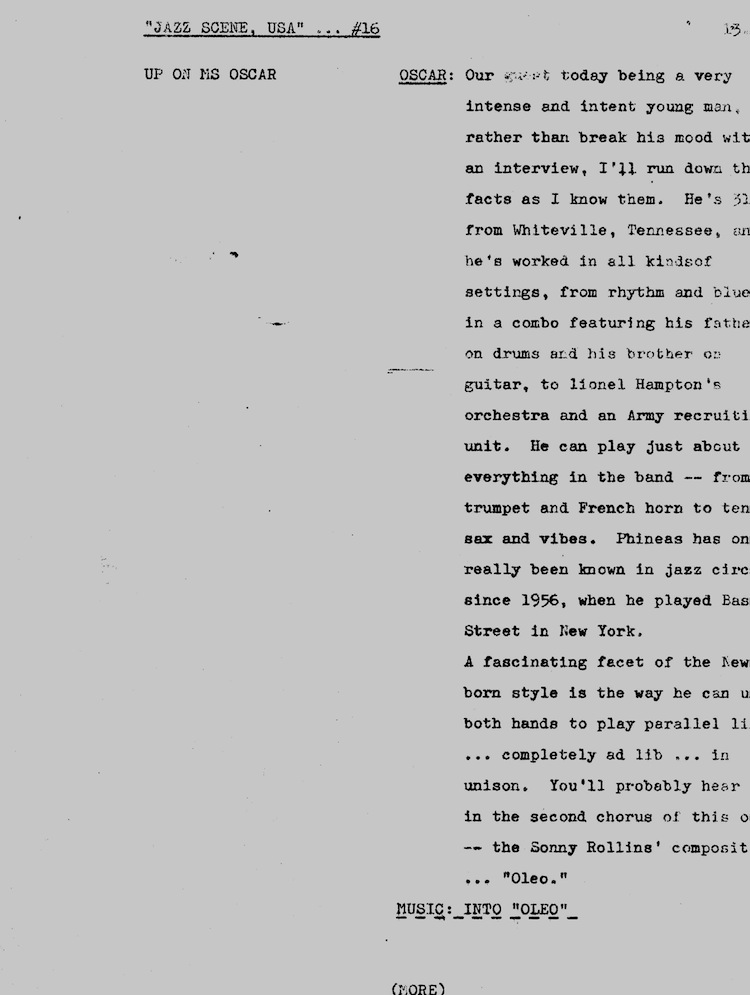 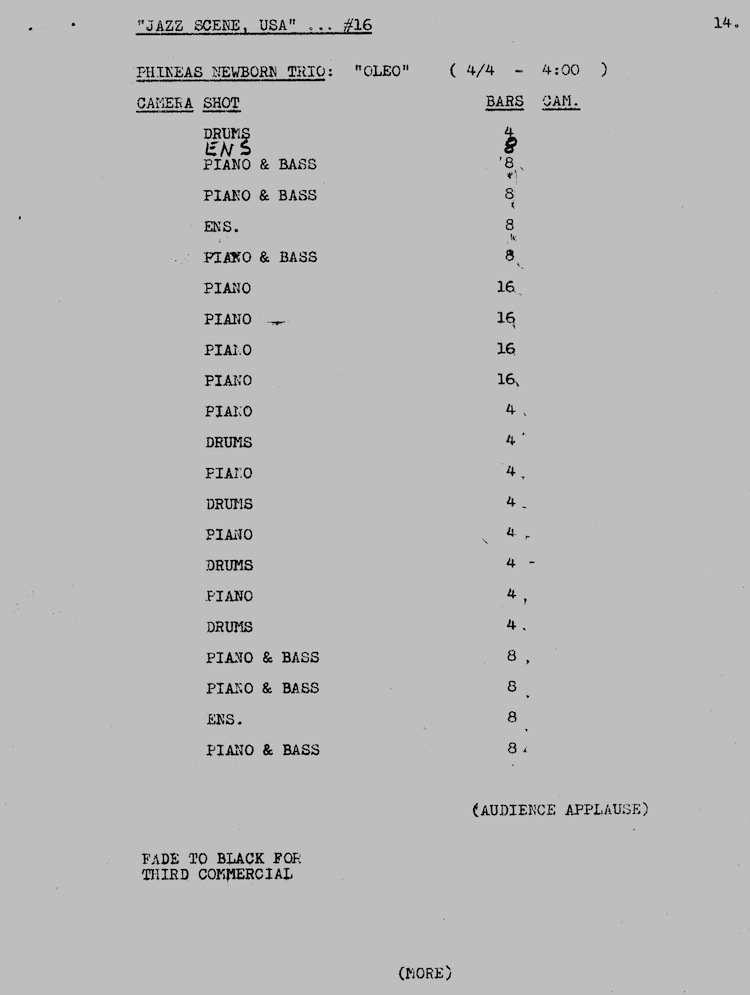 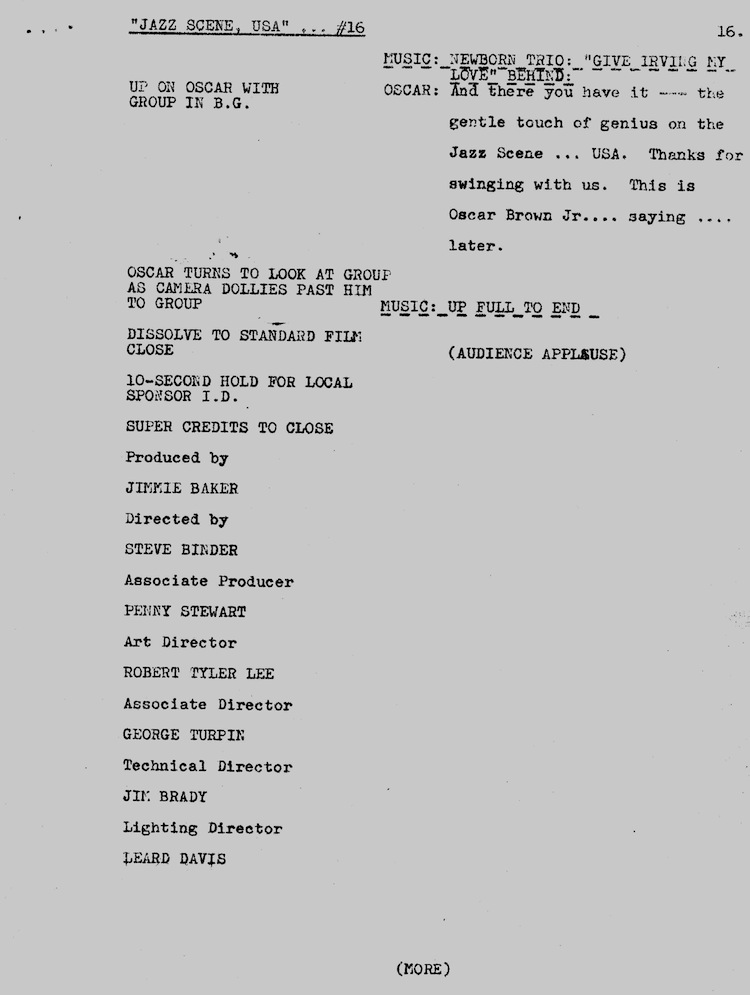 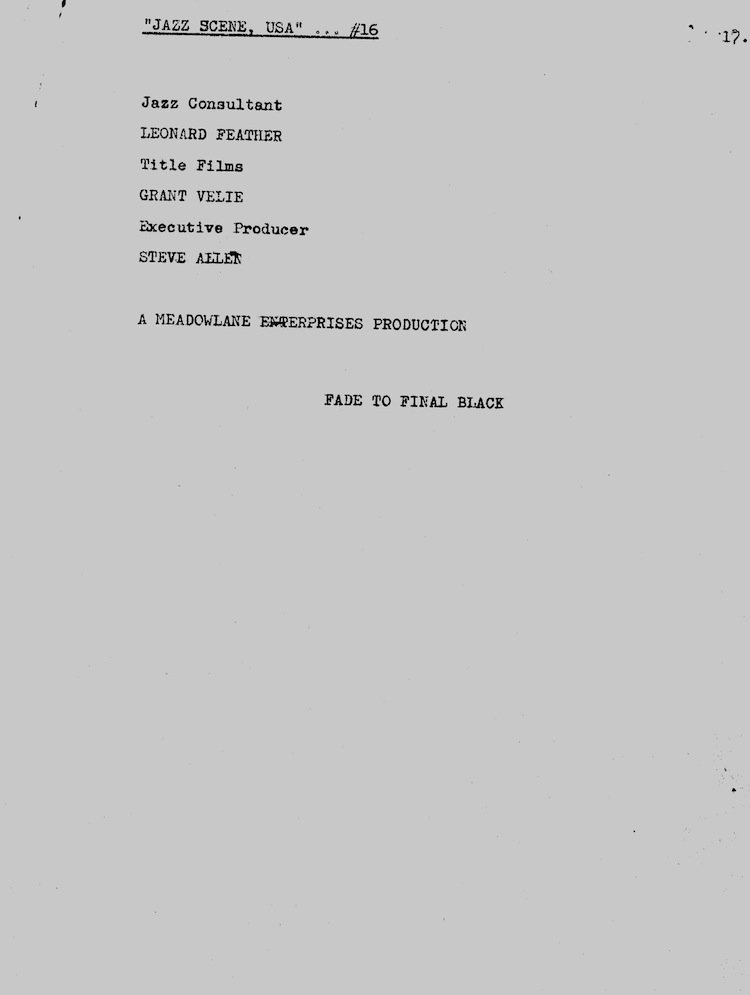