The following excerpt is taken from  Steve Allen’s autobiography covering his fifty years in radio and television, HI-HO, STEVERINO! My Adventures in the Wonderful Wacky World of TV, Barricade Books, Fort Lee, NJ, © 1992 by Steve Allen.
In 1961, the year following our removal from NBC’s line-up, the program moved over to ABC, thanks largely to Dan Melnick. Dan had worked for me as cue-card holder way back in 1951 but in the ten ensuing years had moved up to become one of the top programming executives of ABC and president of one of that network’s divisions.
I suppose ABC’s reasoning was something like NBC’s had been earlier. Putting me opposite Ed Sullivan had worked out well, but ABC now set our program into an hour that had been low-rated for quite a long time: Wednesday nights at 8 p.m. It was also our misfortune to again run into my nemesis: The Western. This time it was NBC’s juggernaut, Wagon Train, which for three previous years had been the second-highest rated program in the country. By 1961, it had climbed to the Number One spot.
Not only was NBC riding high, but CBS’s fare in the time slot was also successful. With such competition so firmly entrenched, we naturally opened at the low end of the rating spectrum. Additionally, ABC kept promotion of the show to an almost unprecedented minimum, perhaps reflecting a division of opinion in their programming department about the merits of putting the series on the air in the first place.
Opposing Dan Melnick was a pleasant gentleman who just happened to be his superior. His name was Tom Moore, and he’d come newly to his job as ABC’s arbiter of America’s taste in television programming from his prior distinguished service as Chief Executive Officer of the world-famous Forest Lawn Mortuary.
I am not joking.
Mr. Moore grasped the obvious in recognizing that the rating of our opening show was depressingly low. I think it was something like seven. We crept up another point or two in our second week since word-of-mouth on the first show was favorable. But then came the brain-numbing announcement that the network was going to take the show off after a run of thirteen weeks, even though we had been given a guarantee of twenty-six. This meant that if the program did indeed conclude after half that time, ABC would owe me an enormous amount of money for doing nothing.
When my business manager first told me the news I thought he was kidding.
“No,” he said. “It’s true. They’ve already decided to drop the show.”
“Do you mean,” I said, “that we all just go home today and they pay us off the rest of the twenty-six shows?”
“No,” he said. “They want us to do a total of thirteen.”
“What about the rest of the guarantee?”
“They don’t want to pay us for that.”
“I see,” I said. “Well then, would you be good enough to remind them that they’re contractually obligated to pay us?”
Oddly enough, corporate employers who so casually disregard contractual agreements invariably try, in one way or another, to avoid paying what they’re clearly legally and morally obligated to pay. A surprisingly common procedure is to settle for some figure less than contractually called for but large enough to assuage the canceled performer’s or producer’s wounded sensibilities. Inasmuch as (a) our program was very good, and (b) was increasing its ratings each week by modest increments, I decided to insist on full payment. This, the network, in due course, turned over to me. It wasn’t too surprising, however, that quite a few years passed before I was again employed by ABC.
HI-HO, STEVERINO! My Adventures in the Wonderful Wacky World of TV, Barricade Books, Fort Lee, NJ, © 1992 by Steve Allen, Chapter 15, THE SHOW MOVES WEST, pages 207-209.
The ABC buy-out provided Steve Allen with the seed money that he used to create the twenty six shows that comprise JAZZ SCENE USA.  Steve Allen had been an ardent supporter and promoter of jazz artists throughout his tenure in prime time TV.  In January of 1956 his guests on the Tonight Show included: Matt Dennis, Count Basie, Bobby Troup, The Modern Jazz Quartet, Julie London, Gerry Mulligan, Aaron Bell, Mabel Wayne, Candido, and Margaret Whiting.  In February of 1956 the guests included: Jerome Hines, Tito Puente, Connee Boswell, Jimmy McPartland, Billie Holiday, Jackie & Roy, Jonah Jones, the Dave Brubeck Quartet, The Ravens, Ethel Waters, Ray McKinley and Lee Wiley. The balance of 1956 saw and equal and impressive number of guests on the Tonight Show, a Who’s Who of musicians from the jazz and popular music fields.
Steve Allen asked Jimmie Baker to head production of JAZZ SCENE USA.  Jimmie had established his credentials as a jazz on television producer with the Emmy award winning series, STARS OF JAZZ, that ran on KABC television from June of 1956 through December of 1958. Jimmie enlisted some of the talent that had made STARS OF JAZZ a success, Vincent Cilurzo and Grant Velie, to join his production crew on the series.

The entire twenty-six shows were directed by Steve Binder, who also got his start with KABC.  He began working in the mail room and was told by his supervisor that he would always be in the mail room if he did not move into another position at KABC.  He first went to the mimeograph department and his supervisor arranged for him to meet Selig Seligman, the head of production at KABC.  Seligman asked Binder what he would like to do.  Binder replied that he would like to sit in Seligman’s seat and ask him that question.  A week later Binder was given the job of Operations Director at KABC. After a week and half in that position he was contacted by Pete Robinson and told that one of the directors of the Stars of Jazz show was leaving to direct the Jack Benny show at CBS and Robinson wanted Binder to step in and direct the show during the summer. Binder trained for a week with Norman Abbott, the director who was leaving and had the basics down pat. This interlude directing the Stars of Jazz launched Binder’s directing career and positioned him as the perfect choice to direct JAZZ SCENE USA. 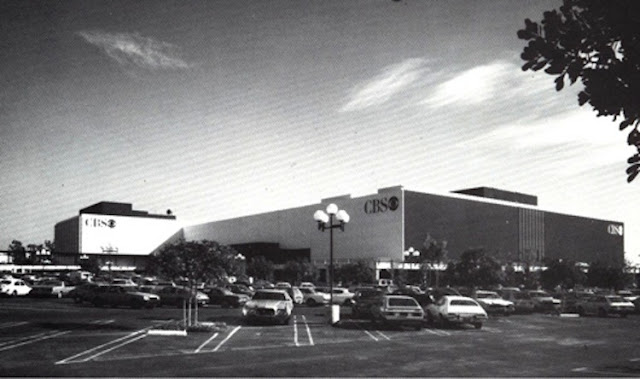 Steve Allen rented studio time and space from CBS at their Television City facilities in Hollywood.  JAZZ SCENE USA was an independent production, wholly owned and financed by Steve Allen and his production company, Meadowlane Productions.  It was never a regular TV series on the three major networks, it was sold on a syndication basis, first to selected stations and CATV operators in the United States and later abroad.  One of the first U. S. stations to air the series was an NBC affiliate in San Diego, KOGO-TV, channel 10, that ran the series beginning in December of 1962.

This blog will present a behind the scenes glimpse of the twenty six programs that defined the state of jazz in the USA in 1962. It will include copies of all of the production scripts that provided the storyline for each of the twenty six episodes that were narrated by Vern Stevenson and Oscar Brown, Jr.  The scripts reveal the twists and turns that occur during a taping, text edited here, a song shortened to fit time requirements, explicit directions for the cameramen, etc.
Commentary © James A. Harrod, Copyright Protected; All Rights Reserved